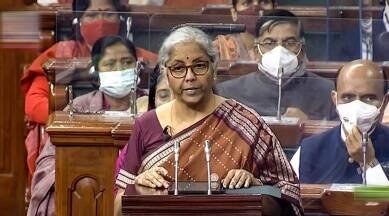 Finance minister Nirmala Sitharaman on Tuesday announced a host of changes in customs duty which will effectively raise or bring down the prices of some essential commodities. Import duty on certain chemicals has been reduced. Customs duty on cut and polished diamonds, gems to be reduced to 5%. Duty on umbrellas has been raised to 20%. The finance minister announced an extension of the exemption on implements and tools for the agriculture sector manufactured in India. Customs duty exemption to steel scrap will also be extended.

“In the last two budgets, we have rationalised several customs exemptions. We have once again carried out an extensive consultation, including by crowd sourcing and as a result of these consultations, more than 350 exemption entries are proposed to be gradually phased out. These include exemption on certain agricultural produce, chemicals, fabrics, medical devices and drugs and medicines for which sufficient domestic capacity exists. Further, as a simplification measure, several concessional rates are being incorporated in the Customs Tariff Schedule itself instead of prescribing them through various notifications,” Sitharaman said.

Mobile phone parts: Duty concessions are being given to parts of transformer of mobile phone chargers and camera lens of mobile camera module and certain other items.

Gems and jewellery: Customs duty on cut and polished diamonds and gemstones are being reduced to 5%.Simply sawn diamond would attract nil customs duty. To facilitate the export of jewellery through e-commerce, a simplified regulatory framework shall be implemented by June this year, Nirmala Sitharaman said.