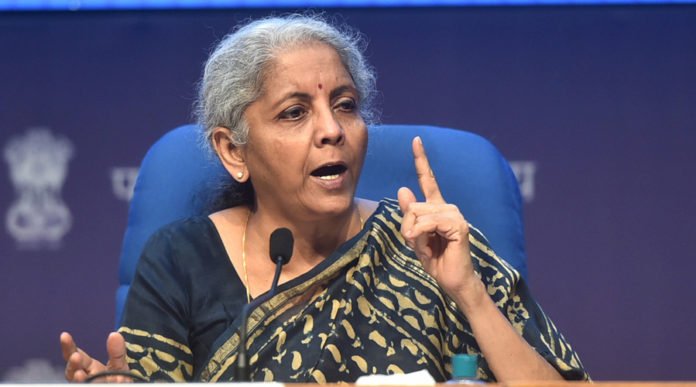 While presenting the Union Budget 2022 in Parliament on Tuesday, Minister of Finance Nirmala Sitharaman announced the Centre’s plan to establish a digital university. This digital university will provide access to world-class education to students across the country, she said in her budget address.

“A digital university will be established to provide access to world-class quality universal education with personalised learning experience to students across the country at their doorsteps,” Nirmala Sitharaman announced.

The digital university that the Centre plans to set up will be based on a networked hub and spoke model. The hub and spoke model refers to a distribution method in which everything originates at a centralised ‘hub’ and then travels to smaller locations, ‘spokes’, for final consumption.

In this case, the ‘hub’ refers to the country’s best public universities and institutions and the ‘spokes’ are each individual student who will consume knowledge generated by the hubs at home via the digital medium.

Each hub will be expected to build “cutting edge Information and Communication Technology expertise”.

As per Nirmala Sitharaman’s speech, the knowledge generated by the hubs will be made available in different Indian languages.

The digital university will be set up as per ISTE standards, the finance minister said. The ISTE standards are standards for the use of technology in teaching and learning.

Finance Minister Nirmala Sitharaman on Tuesday presented her fourth Budget with the aim of maintaining the ‘world’s fastest-growing economy’ tag for India.

The budget comes days before the first phase of voting in Uttar Pradesh, which along with four other states is going to the polls in February and March.

Apart from the digital university, Nirmala Sitharaman also stated in her budget address that the 1-Class-1-TV channel would be implemented to provide supplementary education to children to make up for the loss of formal education during the pandemic.