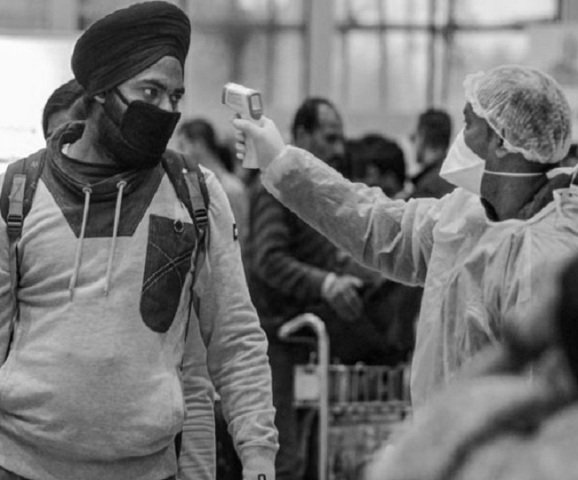 India’s active caseload currently stands at 1,31,807 and accounts for 0.31 per cent of the total cases.

Punjab on Tuesday reported seven covid-related fatalities, taking the death toll to 20,405, while 406 fresh coronavirus cases took the infection tally to 7,77,764, according to a medical bulletin.
There are 2,841 active COVID-19 cases in Punjab.

With 454 more patients recuperating from the disease, the number of recoveries increased to 7,54,518, the bulletin said.

The number of active cases in the union territory stands at 768, the bulletin said.

Tamil Nadu recorded 941 new coronavirus cases on Tuesday, taking the overall tally to 35,54,611, reports PTI.
The State continued to maintain the death toll at 38,033, as no fatalities were reported today too, according to a bulletin from the State health department.

5 passengers, including 4 from Malaysia and 1 from Rajasthan, who returned to the State were among the total 941 persons who tested positive for the contagion today.

As many as 1,438 COVID-19 patients were discharged following treatment today and the net recoveries increased to 35,07,667.

Among the districts, Chennai reported the maximum of 202 infections followed by Coimbatore – 107 and Chengalpattu – 83.

Telangana on Tuesday saw a dip in new COVID-19 cases with 494 fresh infections being recorded, taking the tally to 8,26,778, reports PTI.
The State on Monday registered 528 fresh infections.

Hyderabad district reported the highest number of cases with 223.

A health department bulletin said 1,054 people recuperated from the infection, raising the cumulative number of recoveries till date to 8,17,560.

No fresh fatality occurred due to the infectious disease and the death toll continued to be 4,111.

Goa on Tuesday reported 174 fresh COVID-19 cases at a positivity rate of 10.66 per cent, taking the tally to 2,53,336, the state health department said.
With 163 people discharged after treatment, the count of recoveries in Goa went up to 2,48,424. The COVID-19 death toll remained unchanged at 3,955 with no new fatalities being reported, the bulletin said.

Goa is now left with 957 active cases, it said.

Odisha’s COVID-19 tally rose to 13,20,014 on Tuesday as 487 more people, including 82 children, tested positive for the infection, a health department bulletin said.
The toll rose to 9,151 with one death each in Bhubaneswar and Sundargarh, it said.

Sundargarh reported the highest number of new infections at 137, followed by 78 in the Khurda.

As many as 734 more people were cured of the disease since Monday, taking the total number of recoveries to 13,05,261. 53 other patients have died due to comorbidities thus far.

The lone fatality was reported in Ahmedabad, a health department release said.

The number of active cases in Gujarat now stands at 5,729 while 15 patients are on ventilator support.

Ahmedabad district reported the highest number of 265 cases in Gujarat on Tuesday, Vadodara 99, Surat 66, Rajkot 41, Mehsana 22 and Banaskantha 19 cases, among other districts. A total of 1.53 lakh people were vaccinated against COVID-19, raising the total number of doses administered so far in Gujarat to 11.91 crore.

Mumbai on Tuesday reported 479 fresh coronavirus cases but no fatalities, while the active tally crossed the 3,000 mark, the city civic body said.
This is the seventh day in a row when the city added more than 400 cases. A day before, the metropolis logged 407 infections and a single COVID-19 fatality.

The overall tally of cases stands at 11,28,433 as of Tuesday and the death toll at 19,660, the Brihanmumbai Municipal Corporation (BMC) bulletin said.

Of the 479 new cases, only 30 patients were symptomatic while the rest 449 were asymptomatic, it said.

The city has been witnessing a steady rise in the daily COVID-19 cases for the past few days. The tally of active cases in the city surged past the 3,000-mark to reach 3,127. A day before Mumbai had 2,977 such cases.

Mumbai’s tally of recoveries rose to 11,05,646 with more 329 patients discharged from hospitals, the bulletin said.

The death count due to the disease stands at 4,776 as no fresh fatality was reported in the past 24 hours, the officials said.

There are 5,146 active cases in the Union territory, while the number of recoveries has reached 4,60,905, they said.

Himachal Pradesh recorded 360 new coronavirus cases on Tuesday, raising the tally to 3,05,743, while three more deaths pushed the fatality count to 4,160, officials said.
There are 4,338 active Covid cases in the state as of now.

As many as 938 people recuperated from the disease in the past 24 hours, taking the number of total recoveries to 2,97,225, the officials said.

Sikkim’s COVID-19 tally rose to 42,812 as 28 more people tested positive for the infection while two new fatalities pushed the death toll to 476, a health department bulletin said on Tuesday.
The daily positivity rate is 12.61 per cent.

A total of 41,140 people have recovered from the virus while 779 patients have migrated to other states.

Maharashtra on Tuesday recorded 1,782 new coronavirus infections and seven pandemic-related deaths, the health department said in a release.
The state’s COVID-19 case tally rose to 80,62,519, while death count reached 1,48,150. There are 11,889 active cases in the state now.

On Monday, Maharashtra had recorded 1,005 new cases and four fatalities.

Ahmednagar, Satara and Ratnagiri districts recorded one death each. The Pune Municipal Corporation and Kolhapur district recorded two deaths each.

The case fatality rate in the state stands at 1.83 per cent.

As many as 1,854 patients recovered since previous evening, taking the tally of recoveries to 79,02,480.

The recovery rate in the state stands at 98.02 per cent.

Union Territory of Ladakh on Tuesday reported 17 new corona cases that pushed the caseload to 29,021, officials said.
All the new cases were reported from Leh.

So far, 228 people have succumbed to COVID-19 in Ladakh. Of these, 168 deaths were reported from Leh and 60 from Kargil, according to the officials.

The officials said there are 118 active cases in Ladakh- 110 in Leh and eight in Kargil.

A total of 330 samples were tested for COVID-19 in Ladakh. Of these, 260 samples from Leh and 52 from Kargil were found to be negative, they said.

Twelve more people- nine in Leh and three in Kargil- were discharged from hospitals after they recovered from the viral disease. With this, the total number of recoveries stands at 28,675, they said.

Meanwhile, Delhi chief minister Arvind Kejriwal on Tuesday said there is no need to panic over the latest rise in Covid-19 cases and necessary action will be taken to bring the situation under control.

He said that despite the spike in cases, most are reported with mild symptoms, adding his government is keeping a close watch on the situation and will take any action.

Delhi reported 1,372 Covid-19 cases and six related deaths on Monday, besides 1,927. According to data released by the health department, the capital witnessed the highest positivity rate since January 21 with 17.85 per cent on August 7.