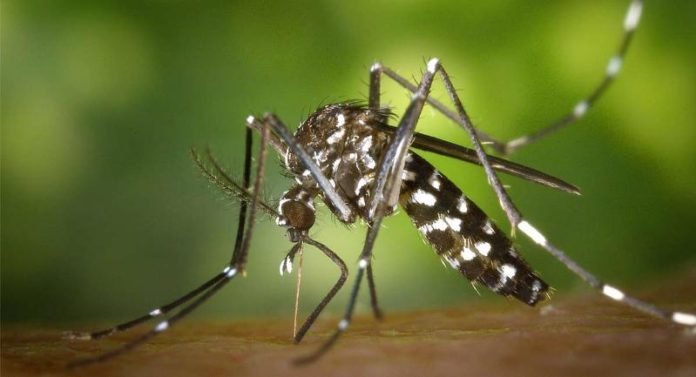 With the death of at least 63 people due to Japanese encephalitis in Assam in the last 37 days, Assam government has formed a District Rapid Response team on Acute Encephalitis Syndrome and JE.

Pointing out that the health department has taken various steps to deal with the disease, the National Health Mission (NHM) in a statement said that since July 1, at least 63 people have died after being infected by the vector-borne disease in more than 22 of the state’s 35 districts.

The NHM officials further said that they have directed the district authorities to constitute District Rapid Response Teams and accordingly, these were constituted to keep a close watch on the situation and to take preventive measures.

Japanese encephalitis and malaria kill many people in Assam every year, specifically during the monsoon season that usually starts in May and stretches up to October.

Japanese encephalitis virus JEV is the most important cause of viral encephalitis in Asia. It is a mosquito-borne flavivirus, and belongs to the same genus as dengue, yellow fever and West Nile viruses.

The first case of Japanese encephalitis viral disease (JE) was documented in 1871 in Japan.

The annual incidence of clinical disease varies both across and within endemic countries, ranging from <1 to >10 per 100 000 population or higher during outbreaks. A literature review estimates nearly 68 000 clinical cases of JE globally each year, with approximately 13 600 to 20 400 deaths. JE primarily affects children. Most adults in endemic countries have natural immunity after childhood infection, but individuals of any age may be affected.

Most JEV infections are mild (fever and headache) or without apparent symptoms, but approximately 1 in 250 infections results in severe clinical illness. The incubation period is between 4-14 days. In children, gastrointestinal pain and vomiting may be the dominant initial symptoms. Severe disease is characterized by rapid onset of high fever, headache, neck stiffness, disorientation, coma, seizures, spastic paralysis and ultimately death. The case-fatality rate can be as high as 30% among those with disease symptoms.

Of those who survive, 20%–30% suffer permanent intellectual, behavioural or neurological sequelae such as paralysis, recurrent seizures or the inability to speak.

24 countries in the WHO South-East Asia and Western Pacific regions have JEV transmission risk, which includes more than 3 billion people.

JEV is transmitted to humans through bites from infected mosquitoes of the Culex species (mainly Culex tritaeniorhynchus). Humans, once infected, do not develop sufficient viraemia to infect feeding mosquitoes. The virus exists in a transmission cycle between mosquitoes, pigs and/or water birds (enzootic cycle). The disease is predominantly found in rural and periurban settings, where humans live in closer proximity to these vertebrate hosts.

In most temperate areas of Asia, JEV is transmitted mainly during the warm season, when large epidemics can occur. In the tropics and subtropics, transmission can occur year-round but often intensifies during the rainy season and pre-harvest period in rice-cultivating regions.

Individuals who live in or have travelled to a JE-endemic area and experience encephalitis are considered a suspected JE case. A laboratory test is required in order to confirm JEV infection and to rule out other causes of encephalitis. WHO recommends testing for JEV-specific IgM antibody in a single sample of cerebrospinal fluid (CSF) or serum, using an IgM-capture ELISA. Testing of CSF sample is preferred to reduce false-positivity rates from previous infection or vaccination
Surveillance of the disease is mostly syndromic for acute encephalitis syndrome. Confirmatory laboratory testing is often conducted in dedicated sentinel sites, and efforts are undertaken to expand laboratory-based surveillance. Case-based surveillance is established in countries that effectively control JE through vaccination.

There is no antiviral treatment for patients with JE. Treatment is supportive to relieve symptoms and stabilize the patient.

Safe and effective JE vaccines are available to prevent disease. WHO recommends having strong JE prevention and control activities, including JE immunization in all regions where the disease is a recognized public health priority, along with strengthening surveillance and reporting mechanisms. Even if the number of JE-confirmed cases is low, vaccination should be considered where there is a suitable environment for JE virus transmission. There is little evidence to support a reduction in JE disease burden from interventions other than the vaccination of humans. Thus, vaccination of humans should be prioritized over vaccination of pigs and mosquito control measures.

Over the past years, the live attenuated SA14-14-2 vaccine manufactured in China has become the most widely used vaccine in endemic countries, and it was prequalified by WHO in October 2013. Cell-culture based inactivated vaccines and the live recombinant vaccine based on the yellow fever vaccine strain have also been licensed and WHO-prequalified. In November 2013, Gavi opened a funding window to support JE vaccination campaigns in eligible countries.

To reduce the risk for JE, all travellers to Japanese encephalitis-endemic areas should take precautions to avoid mosquito bites. Personal preventive measures include the use of mosquito repellents, long-sleeved clothes, coils and vaporizers. Travellers spending extensive time in JE endemic areas are recommended to get vaccinated before travel.

Major outbreaks of JE occur every 2-15 years. JE transmission intensifies during the rainy season, during which vector populations increase. However, there has not yet been evidence of increased JEV transmission following major floods or tsunamis. The spread of JEV in new areas has been correlated with agricultural development and intensive rice cultivation supported by irrigation programmes.

WHO responds to JE by:

providing global recommendations for JE control, including the use of vaccines. WHO recommends JE immunization in all regions where the disease is a recognized public health priority and supports implementation.