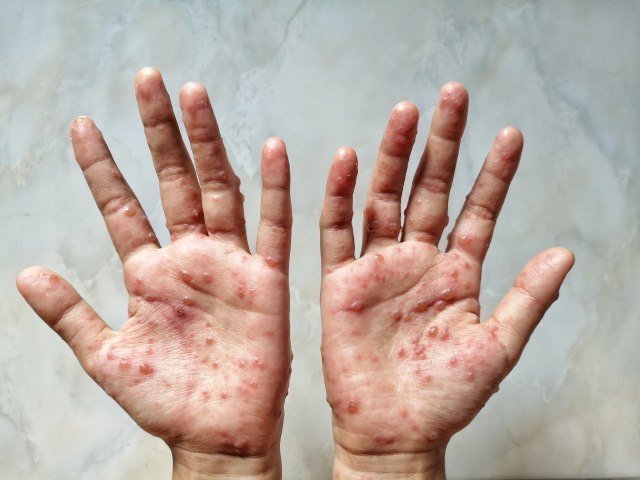 Despite the US declaring monkeypox a public health emergency, former US Food and Drugs Administration (FDA) chief Scott Gottlieb said that it is possible to prevent it from becoming an endemic virus — prospect officials likely failed with Covid-19.

Gottlieb said that the response to the virus has to be wider to control it, though.

Currently, testing has mainly been reserved for just gay and bisexual men — who make up an overwhelming majority of cases, he said, the DailyMail reported, citing CBS. Gottlieb believes that more cases would be found if testing was expanded beyond just that community.

His comments come days after the US Department of Health and Human Services (HHS) declared a public health emergency over the virus last week.

Last week, Gottlieb said should the disease become endemic, it would be a serious failure because this could have been prevented.

He noted that — unlike when Covid first emerged — there were already reliable vaccines and tests available to stop the disease in its tracks. But the Centers for Disease Control and Prevention (CDC) failed to act rapidly, instead following the same ‘protracted checklist’ and making many of the same mistakes as when Covid struck.

He, recently, wrote in the New York Times that should the disease gain a foothold, it would be a disaster both because it could have been prevented and because infections — which spark blisters across the body — are painful. Many sufferers have said their symptoms were “worse than Covid”.

Meanwhile, a four-year-old girl in Germany’s Pforzheim city has tested positive for monkeypox, the Robert Koch Institute (RKI) for Disease Control said on Tuesday, confirming the country’s first case of the virus in a child. According to the RKI, the child, who lives in a household with two adult infected adults, currently has no symptoms.

The girl was examined by a doctor as a precautionary measure and a swab was taken from her throat for the purpose of the diagnosis. The child was not in contact with anyone outside her household. The development comes after the RKI became aware of the first infections among teenagers aged 15 and 17 last week.

Less than three months after the first monkeypox case in Germany was confirmed, a total of 2,916 cases have been reported to the RKI. Almost all of the cases are male, with only seven cases in females. “According to current knowledge, close contact is required for transmission of the pathogen,” the RKI said. Transmission of monkeypox virus occurs primarily in the context of sexual activity. “As far as it is known, most of those affected do not fall seriously ill,” the RKI added.

The World Health Organization (WHO) said recently that there have only been a small number of children infected with monkeypox in the current global outbreak.