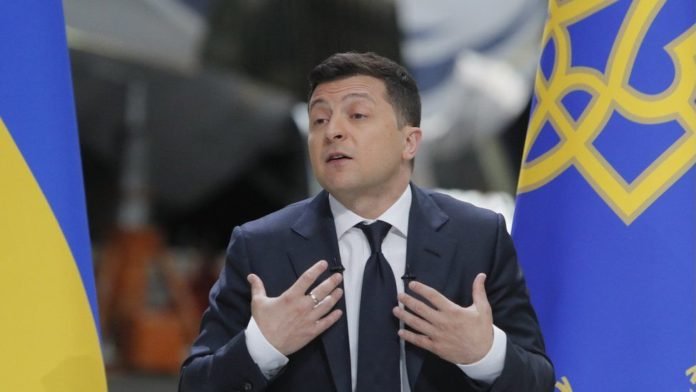 In a virtual address to the G7 Summit, Ukrainian President Volodymyr Zelensky said on Monday that he wanted the ongoing war waged by Russia against his country to end before winter.

He also asked to “intensify sanctions” on Russia.

A day before his address, Zelenksy said in his address to the nation that delaying arms deliveries to Ukraine was “an invitation to Russia to strike again and again”, reports the BBC.

“Partners need to move faster if they are really partners, not observers,” he said and called for air defence systems.

Over the weekend, Russia fired a barrage of missile strikes on Kiev, the central city of Cherkasy where one person died, and the Kharkiv region, along with Chernihiv in the north and Zhytomyr and Lviv west of the capital.

The strike on Starychi district in Lviv was just 30 km from the border with Poland, reports the BBC.

On Saturday, the key eastern city of Severodonetsk also fell to Russia, which gave Moscow the control of nearly all of Luhansk region and much of neighbouring Donetsk, the two Russian-backed separatists regions that form the industrial Donbas.

The war in Ukraine is top of the G7 agenda.

While German Chancellor Olaf Scholz has said that Russian missile strikes showed it was “right to stand together and support Ukrainians”, US President Joe Biden claimed that his Russian counterpart Vladimir Putin was counting on NATO and the G7 to “splinter… but we haven’t and we’re not going to”.

Later this week, Zelensky is also expected to address the NATO Summit in Madrid.

Zelenskyy has asked the Group of Seven rich nations to further squeeze Russia by capping prices of oil exported by Moscow.

“For us, a consistent position of the G7 countries on sanctions is important. They must be further strengthened, by limiting the prices of oil exported by the aggressor,” Zelenskyy wrote on his Telegram account after addressing a G7 leaders meeting in Germany via video-link.

He added that “Ukraine feels the support of the G7 countries”.

Meanwhile, Leaders of the Group of Seven wealthy democracies say they will stand by Ukraine “for as long as it takes” by cranking up sanctions on Russia and backing security commitments for Kyiv in a post-war settlement.

“We will continue to provide financial, humanitarian, military and diplomatic support and stand with Ukraine for as long as it takes,” the leaders said in a statement.

Latest, Italian Prime Minister Mario Draghi says G7 countries are united with Ukraine because a defeat in its war against Russia would be a defeat for all democracies.

“We are united with Ukraine, because if Ukraine loses, all democracies lose. If Ukraine loses, it will be harder to argue that democracy is an effective model of government,” Draghi was quoted as saying in comments sent by his office.