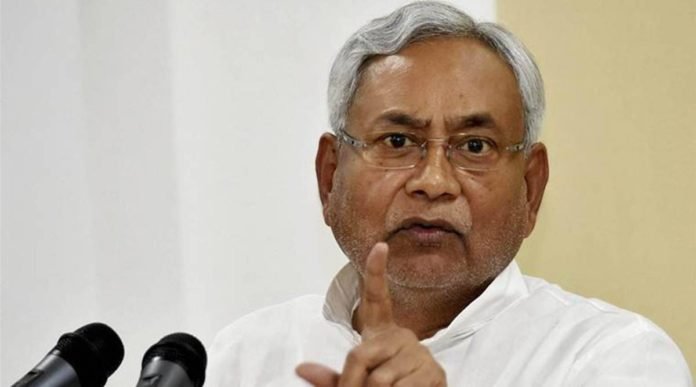 Bihar CM Nitish Kumar claimed that the Congress party gave a chance to a person who has no knowledge of the Bihar and Bihari people.

“Sikh’s 10th Guru Shri Guru Govind Singh Maharaj birthplace is in Bihar. A large number of Punjabi community people come from across the world to Patna Sahib and every Bihari welcomes them. We always showed respect to the Punjabi people. We have also organised a grand programme during the 350th lights festival (Prakash Utsav) in 2017 in Patna Sahib. He (Channi) has no knowledge of it,” Kumar said.

“We have lots of love and respect for Punjabi people. We have begun a place of worship out of respect for Shri Gurunanak Dev Ji Maharaj in Rajgir and I personally look after the development of the place,” he said.

“The contribution of Bihari people in Punjab is immense. When Punjabi people go abroad, the people of Bihar look after their properties and farming. Bihari people have huge contribution in the agriculture sector, construction sector and industries which Channi does not know. I am surprised at how the Congress party made him chief minister of the state. With that statement, he has damaged his own party position in Punjab,” Kumar said.

Addressing a rally for the Punjab Assembly polls scheduled to be held on February 20, Channi had said Priyanka Gandhi is the daughter-in-law of Punjab and people of the state should give her a chance. Punjabis should unite and oust the ‘bhaiye’ who come from Bihar, Uttar Pradesh and Delhi to rule in the state.

Meanwhile, Channi claimed that his statement has been twisted by the opposition parties and the media.

“My statement was against Delhi Chief Minister Arvind Kejriwal, Durgesh Pathak and Sanjay Singh who came from outside and are creating a disturbance. My statement is not for the common people of Bihar, Uttar Pradesh, Delhi and Rajasthan who come to Punjab for work. Their contribution in the making of Punjab is immense and I have great respect for them,” Channi said in his video statement.

“We all are migrant people and we have equal rights on the land of Punjab. A large number of Punjabi people are also working in other states and in other countries,” Channi said.