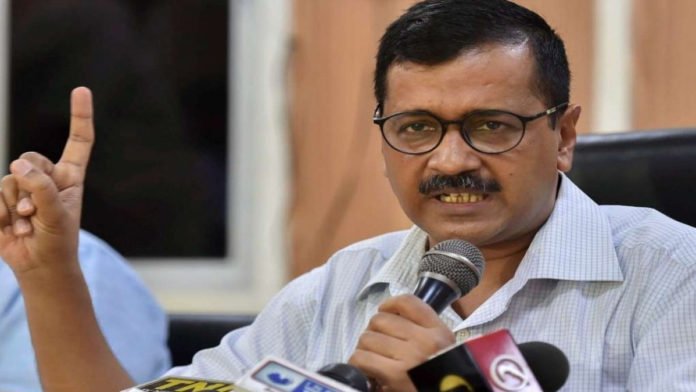 AAP leader Arvind Kejriwal on Friday termed as “laughable” allegations by a former party leader that he has made separatist comments, saying he must be the “world’s sweetest terrorist” who builds schools and hospitals.

Kejriwal has been under attack from both the Congress and the BJP who have questioned him over former AAP leader and poet Kumar Vishwas’s accusations of supporting separatists in Punjab.

The Delhi chief minister’s party has emerged as a key challenger to the ruling Congress in the state.

The AAP leader said that even Britishers had called Bhagat Singh a terrorist, but the country knows there was no bigger patriot than him.

“A hundred years ago, Britishers had called Bhagat Singh a terrorist and 100 years later, history is repeating when all these parties want to prove Bhagat Singh’s follower (Kejriwal) as a terrorist, but people know the reality,” he said

Kejriwal said leaders of the BJP and the Congress as well as their allies have joined hands to target him over Vishwas’s accusations which he dubbed as “laughable”.

“Narendra Modi, Priyanka Gandhi, Rahul Gandhi, Charanjit Channi, Sukhbir Badal, Amarinder Singh, Navjot Singh Sidhu, all are now levelling allegations that for the last ten years, Kejriwal is hatching a plan to break the country into two parts and wants to become the prime minister of one part,” Kejriwal told reporters in Bathinda.

“If one goes by their claims, that means I am a big terrorist. If one goes by their logic, then what were their agencies doing, why did they not arrest me? Earlier Congress was ruling and now for last over seven years the BJP is in power (at the Centre). Were all of them sleeping”,” he said.

The AAP leader dubbed the allegations levelled by Vishwas and other leaders as “a comedy”.

“This is laughable. Is this possible,” he asked.

Kejriwal said he has learnt that “last evening, Channi (Punjab CM) received a call from the Centre saying that the matter (accusations of supporting separatists) should be investigated.

“One officer told me that over the next one or two days, an FIR will be registered against me by the NIA. All such FIRs are welcome, but if the Centre deals with national security in this manner, then it is a matter of concern.”

Kejriwal pointed out that all his rivals have joined hands as he was talking about undertaking development and building schools and hospitals if his party comes to power in Punjab in the February 20 polls.

Two national parties and their top leaders are making a joke of national security, he said.

“Perhaps I am the world’s sweetest terrorist who builds schools, hospitals, builds roads, improves road and power infrastructure, and sends elderly on pilgrimages. Such a terrorist would never have been born,” Kejriwal said in a lighter vein.

“See the sequence of the whole thing. Rahul Gandhi was the first to level accusations (after Vishwas’ statement), then the prime minister, then Priyanka and Sukhbir Badal used the same language against me,” he said.

“But I never thought the PM too would toe Rahul’s line and the PM would also become Rahul Gandhi,” he said, referring to Modi targeting the Delhi CM on the issue at his poll rallies.

Targeting the Centre, Kejriwal said, “Earlier the Delhi Police, ED and the IT conducted raids at my offices, in my house, but none of the agencies found anything.

“Then one day, one poet (Vishwas) recited a poetry in which he said seven years ago, Kejriwal had told him they will break the country into two parts after which I will become the PM of one and he (the former AAP leader) would become the PM of the other”.

He said, “After this, Rahul Gandhi repeated this (allegations), Modi saw Rahul’s speech and then realisation dawned on him that there is a big terrorist here in the country. Thanks to that poet who caught this terrorist..,” he said, mocking the senior leaders of rival parties.

“…I think terrorists are of two types — one who spreads terror among people and second who spread terror among the corrupt. Now, all of them have got together (the rivals). In a way, I am a terrorist for them, they cannot sleep at night, I appear in their dreams. However, for the people, I build schools, hospitals, undertake development,” he said.

Replying to a question, Kejriwal said while one hand, the rival parties ”are dubbing me an RSS, Congress and BJP agent, then does this mean all these are also terrorists (going by the allegations)”.

“My concern is that they have made national security a comedy,” he added.

Meanwhile, Kejriwal targeted the Congress in Punjab, saying it did not do any work for the last five years.

“Time has come to bring a change and bring an honest government,” he said, appealing people to bring AAP to power in Punjab.