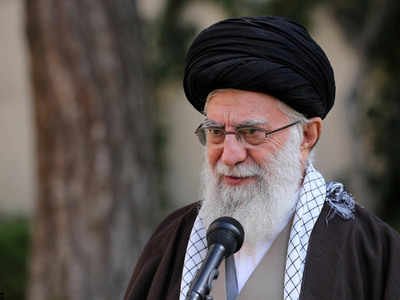 Iran wishes for the war in Ukraine to end but believes the crisis is rooted in the policies of the United States and other Western nations, Iran’s Supreme Leader Ayatollah Ali Khamenei has said.

“In Ukraine, we are in favour of stopping the war,” he said during a televised speech on Tuesday, adding that a crisis can be alleviated only if the “root cause” is known, which he identified as the policies of the Western powers.

Khamenei said the “mafia regime” of the US creates many crises around the globe, which he said also included the creation of ISIL (ISIS), and meddling in other nations’ affairs by forcing regime changes and installing pro-West politicians.

Ukraine has fallen “victim” to such policies and has been dragged to its current situation, the supreme leader said.

In his hourlong speech on the Ukraine war, the supreme leader did not mention Russia once.

Khamenei said two lessons should be learned from the Ukraine crisis by the governments and people around the world: that the West cannot be trusted and that popular support is of utmost importance.

“Support by Western governments for administrations and politicians that have been installed by them is a mirage,” he said, citing the chaotic withdrawal of US-led Western forces from Afghanistan as it fell to the Taliban as an example.

Khamenei said people are the most important backers for governments and that if the Ukrainian people had fully supported their government, they would not be where they are today.