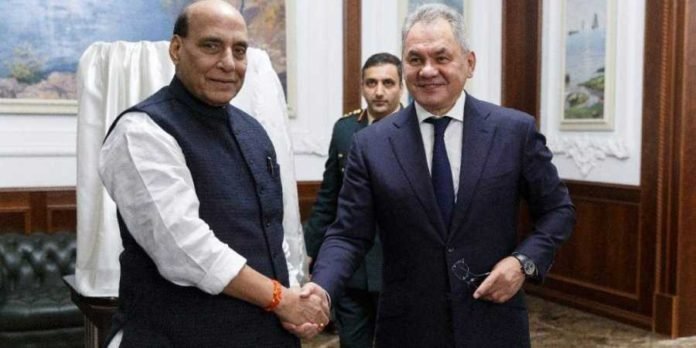 India has signed two major agreements with Russia as the two countries began their first-ever 2+2 ministerial dialogue on Monday morning.

Defence Minister Rajnath Singh met his Russian counterpart Sergey Shoigu and the two sides signed contracts for the manufacture of nearly 6 lakh AK-203 rifles under a joint venture in Amethi, Uttar Pradesh. The deal is worth over Rs 5000 crore.

The two countries also signed an agreement to extend military technology cooperation for the next decade, from 2021 to 2031.

After the meeting with Shoigu, Rajnath Singh tweeted that the two leaders had “productive, fruitful and substantial bilateral discussions on defence cooperation” and that “India values its special and privileged strategic partnership with Russia”.

He said in a second tweet, “India deeply appreciates Russia’s strong support for India. We hope that our cooperation will bring peace, prosperity and stability to the entire region.”

The leaders from the two nations are expected to sign as many as ten agreements in the fields of defence manufacturing including rifles and helicopters, defence logistics, oil and space, among others.