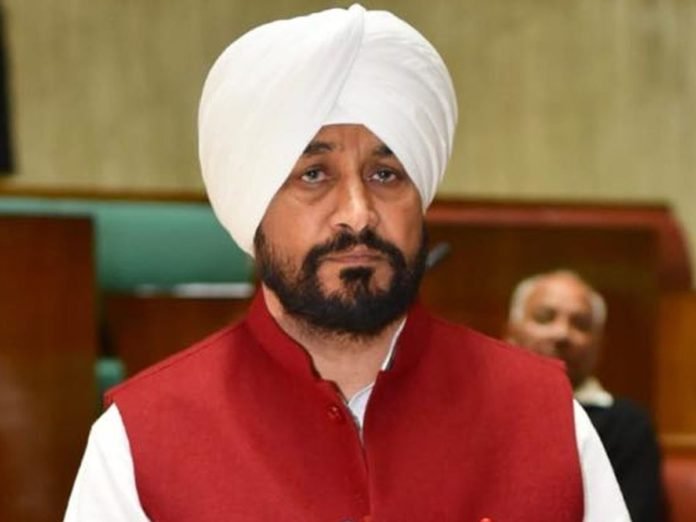 The Congress party will contest Punjab assembly polls with Charanjit Singh Channi as its chief ministerial candidate, Rahul Gandhi announced at a virtual rally in Ludhiana.

The decision to choose the incumbent Chief Minister to lead the contest is aimed at strengthening the ruling party’s pledge for the empowerment of Scheduled Castes (SC) in the state.

“I want to tell you that I have not decided the name. I asked people, candidates, workers, youth, and members of the working committee,” Rahul Gandhi said.

“People of Punjab said, we need a chief minister from a poor family… They said they want someone who understands their problems. It was a difficult decision but you made this easy for me. Punjab’s Chief Ministerial candidate is Charanjit Singh Channi,” Gandhi said.

The decision comes days after Enforcement Directorate (ED) arrested Charanjit Singh Channi’s nephew Bhupinder Singh Honey in a money laundering case. Channi is also accused of being involved with Honey by the Opposition parties in Punjab.

In his first remarks after the announcement, Channi thanked everyone. “This is a big battle which I can’t fight alone. I don’t have the money, courage to fight it,” he said.

Earlier in the day, Sidhu said in a tweet that everyone will abide by the decision of Rahul Gandhi.

Speaking before the announcement, Rahul Gandhi said that the Congress party is full of ‘diamonds.’. Politics, he said, is not an event, but a journey full of difficulties.

“I met Sidhu at Doon School 40 years ago. Yadvindra public school had come to play cricket there. Navjot Singh Sidhu was the opening bowler. He took 6 wickets and scored 98 runs,” Gandhi said.

During his last visit to Punjab on January 27, Gandhi had announced that Congress will announce the name of its chief ministerial candidate for the upcoming election and a decision on it will be taken soon after consulting the party workers.

For the last several weeks, both Chief Minister Charanjit Singh Channi and Sidhu have, directly or indirectly, made a case for themselves to be declared as the party’s candidate for the top post. Sidhu has been on the offensive over the Chief Ministerial’s face for the Punjab assembly elections. Sidhu seemed belligerent while speaking at the rally on February 6.

Channi had taken over the post of CM on September 20 after Captain Amarinder Singh stepped down and quit the party.

A member of the Ramdasia Sikh community, the 58-year-old has thrice been elected from the Chamkaur Sahib assembly constituency. He had also served as the leader of opposition in the Punjab assembly from 2015 to 2016. Channi is also contesting from Bhadaur seat this time.

The ruling Congress is facing a fight from Opposition Aam Aadmi Party (AAP). The Arvind Kejriwal-led party had announced on January 18 that its two-time Member of Parliament (MP) Bhagwant Mann will be the party’s Chief Ministerial candidate for the upcoming Punjab assembly polls.

The AAP emerged as the second-largest party winning 20 seats in 117-member Punjab Legislative Assembly. SAD could only manage to win 15 seats while the BJP bagged three seats.

The 117-member Punjab assembly is going to polls in a single phase on February 20. The results will be announced on March 10.