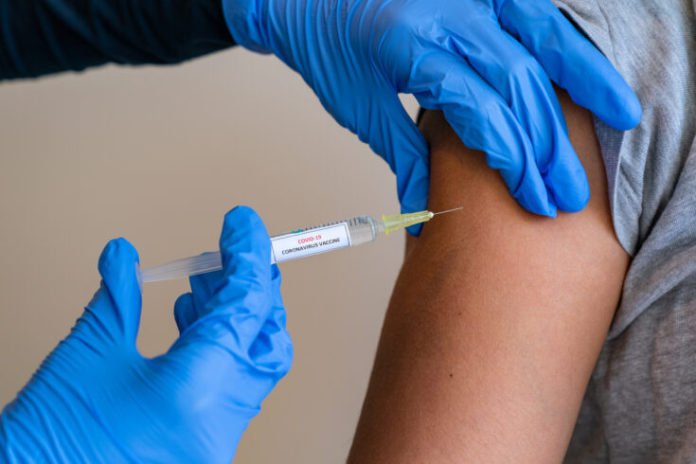 India reported a total of 16,299 new COVID-19 cases in the last 24 hours, bringing the total number of infections to 4,42,06,996, according to the Union Health Ministry.
With 53 new fatalities due to Covid today, the overall Covid-related death count has reached 5,26,879.

India’s active caseload currently stands at 1,25,076 and accounts for 0.31 per cent of the total cases.

The recovery rate is currently at 98.5 per cent. As many as 19,431 recoveries from the infection were logged in the last 24 hours thereby increasing the total recoveries to 4,35,55,041.

Jammu and Kashmir recorded 637 new Covid cases on Thursday that pushed its tally to 4,72,011, officials said.

The Union Territory also reported one fresh death due to Covid, they said. The death count due to the viral disease has reached 4,777, they said.

Of the new cases, 112 were reported from the Jammu division and 525 cases from the Kashmir Valley, the officials said.

There are 4,893 active cases in the Union Territory, while the number of recoveries has reached 4,62,341, the officials said.

Mizoram reported 178 new cases of Covid on Thursday, 43 more than the previous day but there was no fatality, a health department official said.

The total case count increased to 2,34,700 and the death count remained at 715, the official said. The state now has 870 active cases.

The single-day positivity rate dipped to 16.38 per cent from 25.30 per cent on the previous day as the fresh cases were detected from 1,087 samples tested on Wednesday.

The official said, 218 people were discharged from various Covid care centers on Thursday increasing the total number of recoveries to 2,33,115.

Mumbai on Thursday reported 683 new Covid cases, 169 less than the previous day, while one patient died to the infection, the Brihanmumbai Municipal Corporation (BMC) said.

On Wednesday, the city had recorded 852 Covid cases, the highest daily rise after July 1.

There are now 3,818 active Covid cases in the city.

Ladakh reported 12 new Covid cases on Thursday, raising the tally to 29,038, officials said. All the positive cases were detected in Leh district.

So far, 228 people have died to Covid in Ladakh. Of these, 168 deaths have taken place in Leh and 60 in Kargil district, the officials said.

As many as 11 more patients were discharged from a hospital in Leh after they were cured of the disease, the officials said.

The total number of recoveries stands at 28,699, they said.

The new death was reported from the Sonitpur district, while the new cases were detected after testing 5,891 samples, recording a positivity rate of 3.63 per cent.

Dibrugarh reported most of the new cases at 28, followed by Tinsukia (23) and Cachar (19).

There are 3,572 active cases in the state at present.

As many as 212 new COVID-19 cases have been detected in Maharashtra’s Thane district, raising its infection tally to 7,35,817, a health official said today.

With the addition of the latest cases on Wednesday, the district currently has 1,150 active COVID-19 cases, he said.

Delhi on Wednesday reported eight deaths from the coronavirus, the highest in nearly 180 days, and 2,146 new cases with a positivity rate of 17.83 per cent, according to data shared by the health department.

Meanwhile, With Covid cases and the positivity rate rising in Delhi, the district officials have started forming teams to strictly enforce the mask mandate and issue a fine of ₹ 500 to violators, officials said.

The district magistrates have been instructed to ensure that the laxity that had set in due to reduction in cases is corrected and wearing masks in public places is strictly enforced, a senior Revenue department officer said.

The Delhi Disaster Management Authority (DDMA) has noted that the positivity rate of Covid infection has increased in Delhi over the past fortnight, according to an order issued by the South Delhi district.

The fine will not be applicable to persons travelling together in private four-wheelers, it said.

“Please wear a mask. The majority of our staff and colleagues are getting it (COVID-19). Judges are also getting it,” the Chief Justice of India told the lawyers at the start of court proceedings.

While hearing a plea on freebies, the bench, which also comprised Justice Krishna Murari, asked the lawyers to wear masks.

“Oh! I wish you a speedy recovery,” the Chief Justice of India said.

The number of COVID-19 cases are on the rise across the country.