Vaccine Is Only Way To Stop Pandemic, Nadal On Djokovic 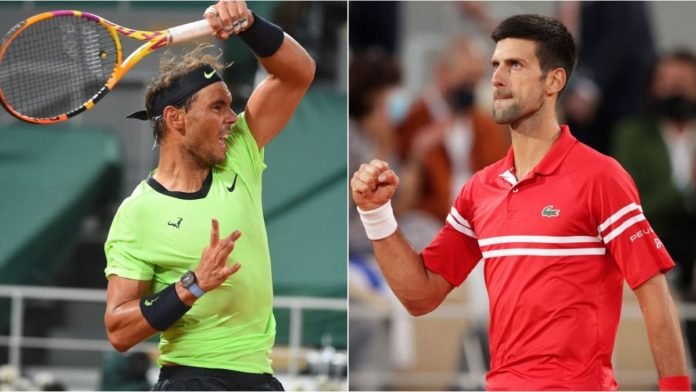 Rafael Nadal appeared to be short on sympathy for Novak Djokovic on Thursday as he shared his thoughts on his great rival’s current plight.

Djokovic’s hopes of defending his Australian Open title were dealt a serious blow on Wednesday when he had his visa revoked on arrival in Melbourne.

The 34-year-old world number one is currently being held in a government detention hotel and his deportation has been delayed until Monday.

The 20-time major winner has consistently refused to confirm his vaccine status, but had obtained a medical exemption to play in Australia.

This has caused widespread anger in Australia, where the population has had to endure some of the world’s strictest restrictions during the pandemic.

Nadal on whether he would encourage Djokovic to get vaccinated, “I don’t encourage no one. I feel everyone has to do whatever feels that is good for him, but there are rules and if you don’t want to get the vaccine, then you’re going to have some troubles. That’s the thing because of course after a lot of people have been dying for two years, my feeling is with the vaccine is the only way to stop this pandemic. That’s what the people who understand about this say, and I am no one to have or to create a different opinion,” he said in a press conference.

Nadal on getting vaccinated, “I believe in what the people who know about medicine say. And if the people say that we need to get vaccinated, we need to get the vaccine, that’s my point of view, no? I went through the covid, I have been vaccinated twice. And if you do this, you don’t have any problem at all playing here. And that’s the only clear thing and the rest of the things I don’t want to give to you an opinion, I don’t have the whole information. The only clear thing is if you are vaccinated, you can play in the Australian Open and everywhere and the world, in my opinion, have been suffering enough to not follow the rules.”

Nadal on the reaction in Australia to Novak Djokovic’s medical exemption, “I mean, is it is normal that the people here in Australia get very frustrated with the case because they have been going through a lot of very hard lockdowns and a lot of people were not able to come back (home).”