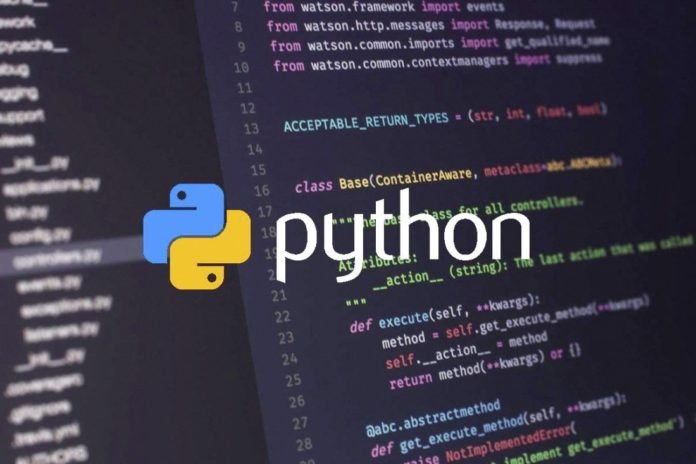 Software testing outfit Tiobe has awarded Python the programming language of the year for the second time in a row.

The award is given by the company to the programming language that has gained the highest increase in ratings in one year. C# was on its way to getting the title for the first time according to Tiobe, but Python overtook C# in the last month. Python is the most popular programming language today because of machine learning, data science and its wealth of software libraries from the Python Package Index (PyPI) that lend the language to those fields.

Tiobe’s rankings are based on words developers use to search for a given language and broken down by the share of searches. It’s one proxy for what languages developers should invest time in learning, alongside lists created by RedMonk and IEEE.

Microsoft hired Python creator Guido van Rossum in 2020 to work on improving the language’s efficiency. The language works well on high-end hardware, lags on mobile, but opens new opportunities for development on cloud platforms like Azure.

The second most popular language according to Tiobe’s annual list is C#, which is a language designed by Microsoft technical fellow Anders Hejlsberg for the .NET Framework and Microsoft’s developer editing tool Visual Studio.

In contrast Java, a standard for enterprise applications has lost ground to Python even as it remains an essential language to learn.

“Java’s all-time record of 26.49% ratings in 2001 is still far away, but Python has it all to become the de facto standard programming language for many domains. There are no signs that Python’s triumphal march will stop soon,” writes Paul Jensen, chief of Tiobe. He points out that there is a limited set of new contenders to choose from: “except maybe for Swift and Go, we don’t expect any new languages entering the top 5 or even the top 3 any time soon,” he said.

Languages come and go in popularity and projects to keep them relevant aren’t guaranteed to be successful.

There were several movers and shakers this year. Rust, a systems programming language that deals with memory safety flaws, is now in 26th position, ahead of MIT’s Julia, and Kotlin, a language endorsed by Google for Android app development.

Apple’s Swift for iOS and macOS app development jumped from 13th to 10th place, while Google’s Go inched up from 14 to 13, according to Tiobe. Kotlin moved from 40th to 29th. Google’s Dart dropped from 25th to 37th position, Julia fell from 23rd to 28th position, while Microsoft TypeScript dropped from 42 to 49.