Manipur Will Be Gateway of East Asian Countries: PM Modi 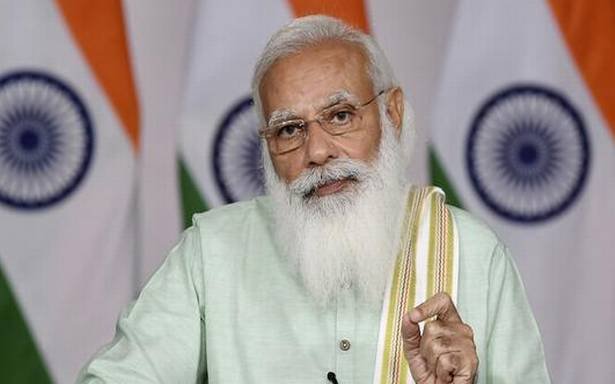 Prime Minister Narendra Modi on Tuesday said that Manipur would be the gateway of the East Asian countries for which the railway connectivity is being extended in the northeastern state.

The Prime Minister said that Manipur would be linked with Myanmar and Thailand through the easy connectivity between India and the East Asian countries boosting trade and tourism.

‘The days are not far away when Manipur capital would be linked by the broad gauge railway network. Currently, 40 National Highway projects are also being implemented in Manipur,’ Modi said while addressing an election rally in Imphal.

Referring to the Olympians — Indian boxing legend M.C. Mary Kom and weightlifter Mirabai Chanu — the Prime Minister said that the central government had already initiated the process to set up India’s first Sports University in Manipur. ‘The BJP government has already created a unique sports culture in the state and Manipur would be one of the country’s sports hubs,’ he said, adding that bandh (shut down) and violence culture have been eliminated in Manipur by the BJP government in five years.

To protect the demography, culture and tradition of the people of Manipur, the Central government has promulgated the Inner Line Permit fulfilling the long pending demand of the state, Modi said.

Announcing that the Centre and the state government have been vigorously supporting the MSME sectors, the Prime Minister said that the central government had also launched the National Palm oil cultivation mission and it would help the farmers of Manipur to a large extent.

Stating that the BJP government has undertaken a series of schemes and projects to empower the women in Manipur, Modi said that ‘Ima Keithal’ is being set up in seven more districts in the state. The century-old and world’s largest all-women run market ‘Ima Keithal’ or the ‘Mother’s Market’, located in Manipur capital Imphal and other smaller all-women markets functioning in different parts of the northeastern state boost the Manipur economy to a large extent and a great source of livelihood of thousands of women.

The all-women market, which has a history of over 500 years, has around 3,615 licensed female vendors registered with the Imphal Municipal Corporation.

Highlighting the promises mentioned in the BJP’s election manifesto, the Prime Minister told the people that to fulfill the hopes and aspirations of the people of the state, the installation of the BJP government with the absolute majority is very urgent.

Elaborating on the BJP government’s success in Manipur, Modi said that piped water connections were increased from 25,000 households to three lakh households in five years and thousands of misguided youths came to the mainstream of life-giving up violent activities.

‘BJP govt in Manipur has turned the impossible into possibility. There was a time when common people would not be able to reach government offices, but Biren Singh (Chief Minister) has turned his government as the people’s government and taken the government services to the doorsteps of the People. Over 1.75 lakhs people have been linked with electricity lines and the BJP government has given 1.5 lakh free gas connections under the Pradhan Mantri Ujjwala Yojana,’ the Prime Minister said.