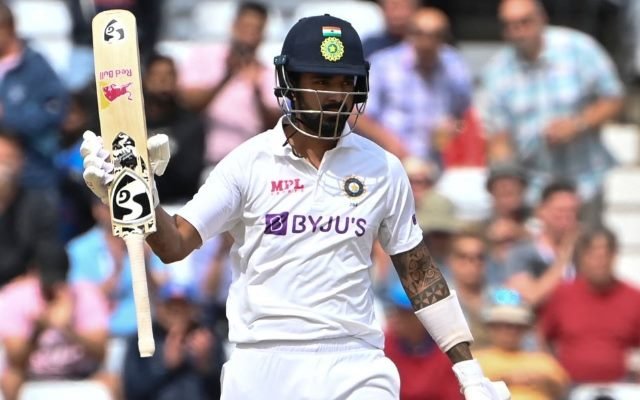 “The All-India Senior selection committee has named KL Rahul as vice-captain for the upcoming 3-match Test series against South Africa. KL Rahul replaces Rohit Sharma as vice-captain, who was ruled out of the Test series owing to a hamstring injury,” read the BCCI statement.

Rohit Sharma was made deputy to Virat Kohli for the series but he was ruled out due to a recurring left hamstring injury.

The 29-year-old Rahul has played 40 Tests so far and has scored 2321 runs at an average of 35.16 with six centuries under his belt. Importantly, he is being looked at as a long-term potential leader in the coming days.

“KL Rahul is going to be Virat Kohli’s deputy for the three-Test series,” a senior BCCI official had earlier confirmed to PTI.

Rohit, who had replaced Ajinkya Rahane as the vice-captain for the Test series, suffered a left hamstring injury during the net session in Mumbai which ruled him out for at least three to four weeks.

For the selectors, it was difficult to go back to Rahane who is no longer a certainty in Test XI and possibly it is too early for Rishabh Pant to be elevated as vice-captain of the national team.

Rahul, currently, is seen as one of the few all-format specialist batters.

Rahul has the right age and experience to be groomed for the future when Kohli relinquishes Test leadership. He can take over the mantle for a longer duration.

It is also expected that Rahul will be a white-ball deputy to Rohit in the coming days. His name is also doing round to be the leader of the new IPL Lucknow franchise.