History And Significance of Chhath Puja 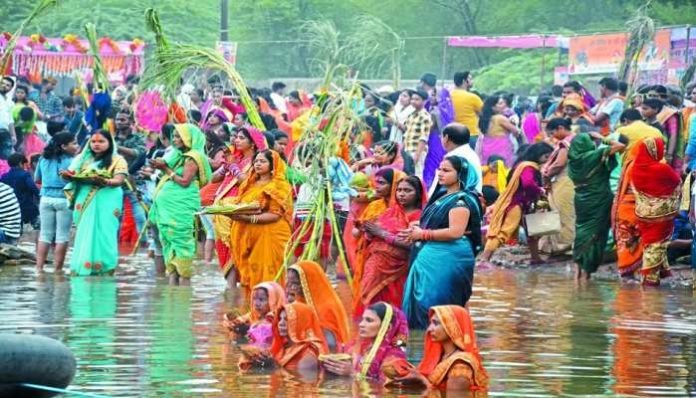 According to the Hindu calendar, Chhath Puja is a four-day festival dedicated to Lord Surya and Chhathi Maiya. This year the festival starts with Nahay Khay on November 8, 2021, and ends with Usha Arghya on November 11, 2021. The auspicious day starts after the sixth day of Diwali and on the sixth day in the month of Kartik. Usha Arghya has a 36-hour long nirjala festival offering arghya during sunrise.

The festival is celebrated in states like Bihar, Jharkhand, Eastern Uttar Pradesh, and also in Nepal for the worship of Lord Surya. Lord Surya is worshipped by vratis or devotees for the prosperity and well-being of the family members. Commonly, women observe fast on chhath but nowadays, men also follow it.

It is believed that the Chhath puja has its origin from Rig Veda and in ancient times, Draupadi and Pandavas of Hastinapur also celebrate this festival to solve problems of getting back their lost kingdom. As per the ancient tradition, Chhath puja was initially performed by Karna, who is considered as the offspring of Lord Surya and Kunti. During the times of Mahabharata, he ruled in Anga Desh, which is the modern Bhagalpur in Bihar.

The first day is known as Nahay Khay and devotees, especially women, observe fast by taking a holy dip in Ganga by consuming only a single meal.

The second day is called Kharna and the fast starts from sunrise till sunset without consumption of water. The fast ends by offering food to the sun and chhath Mata. Women start the fast by taking prasad.

On the third day of Chhath, devotees observe a fast without water and are known as Sandhya Arghya. On this particular day, arghya is offered to the setting sun.

The fourth and final day of the auspicious Chhath puja is called Usha Arghya. This time, the arghya is offered to the rising sun and the long fast of 36 hours is broken by giving prayers to the sun.

Usha Arghya will be observed on November 11 with sunrise and sunset timings to be at 06:41 AM and 05:29 PM respectively.