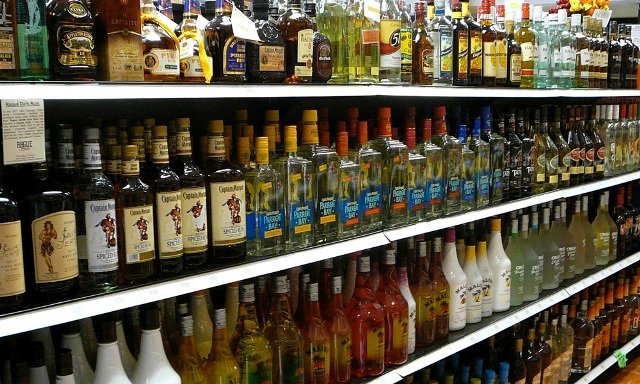 The sale and consumption of alcohol were completely banned in Bihar state by the Nitish Kumar government in April 2016. After the liquor ban, Bihar has also seen a rising trend of manufacturing and smuggling of liquor.

Patna High Court said, “After liquor ban was imposed, many started looking for substitute. Drugs, being on supply route, made an easy entry into the state amid the lack of vigilance. Data shows that before 2015, there was hardly any case related to drugs, but post 2015, such cases have seen an alarming surge. What is more worrying trend is that most addicts are as young as 10 years and below 25 years of age. The statistics shows that the addiction for ganja charas/bhang has shot up post prohibition. The state has failed to stop trafficking of drugs throughout Bihar,” the court observed while hearing a bail petition.”

“Bihar has also seen a rising trend of manufacturing and smuggling of liquor due to the deliberate inaction of the state officials,” said the single-member bench of Justice Purnendu Singh, who referred the matter before the Chief Justice of the Patna HC to take cognizance for instituting a public interest litigation (PIL).

The bench also cited the Supreme Court order, which had directed the state government to collect number of prosecutions for flouting the liquor ban and cases pending in different courts, including the HC.

The court said the prohibition regime was pushing the consumption of cheaper hooch and drugs, leading to thriving parallel economy of illicit liquor and a sharp rise in cases of consumption of drugs.

“The consumers of illicit liquor laced with methyl alcohol have lost their life in lakhs in the state. Scientific report shows that 5 ml of methyl alcohol is enough to make one go blind and more than 10 ml is quite often fatal. Some of the other side effects include acidosis, a condition in which body tends to produce a lot of acid and kidneys fail to remove or flush them out of the body. The state government has failed to develop a standard operating protocol to treat patients so affected. The life of the people has been put at great risk not only by spurious liquor but also by the rampant use of illicit drugs,” the bench said.

Mr Kumar unarguably has no understanding of policymaking and thus is unfit to be the chief minister of one of the poorest regions of the world, and arguably the cause of its poverty for the past sixteen years. He is right on one account though that any smart educated policymaker will never support his prohibition policy. Because of his poor philosophical understanding, two separate and unrelated questions get mixed – “Is prohibition wrong” and “Is drinking wrong”.

Alcohol has never been an ordinary commodity. In many societies, alcoholic beverages are still treated as special commodities. However, in the post-modern liberal economies, alcohol is now categorised as a free-flow beverage to which milk, tea, or coffee also belong. This categorization has grown despite the widely accepted research that alcohol has harmful effects on mankind and a reduction in its supply and consumption generally results in positive health and social consequences. In fact, a majority of countries practice some kind of restrictive and prohibitive measures to reduce the consumption of alcohol.

Though measures like minimum drinking age criteria, retail outlet control and limited drinking hours are common in both the developed and developing worlds, total prohibition is not practised in any country in the modern world, except in a few Muslim countries inevitably as the religious practices there advocate alcohol abstinence.

Thus, when Bihar, the poorest state in fast-developing India, enforced complete prohibition in 2016, it was a surprise and arguably an untenable move. Surprise, because it was not in line with the growing consciousness of ‘liberty’ in the increasingly opening socio-economic and cultural framework of India. It is untenable because ‘total prohibition’ is a myth and thus even the draconian ‘Bihar Prohibition and Excise Act’, which gives life imprisonment for alcohol consumption, couldn’t prevent people from consuming alcohol illegally.

In India, the discussion on restricting alcohol consumption dates to the British colonial period, when the alcohol licensing system of 1849 resulted in a drastic revenue increase. Yet, some Indian representatives like K. C. Paul opposed it and demanded restrictions on alcohol, as according to them ‘revenue is a secondary subject’. There were also public movements against alcohol in British Bihar- the Kanthidhari (pledge) movement of 1913 under which a few marginalised castes of the society took a pledge to not consume alcohol, to uplift their social status. But, in governance, the first prohibition came into action in Bihar in 1978 when Mr Karpuri Thakur banned alcohol.

However, it failed badly and was withdrawn within three years because of the proliferation of illegal supplies and smuggling.

Culturally, drinking alcohol is considered a social evil in India, particularly in Bihar where the population is mostly rural. People drink in private, and public places like pubs are not considered worth visiting for a ‘righteous’ person.

Economically, the poorest state of India, Bihar has lost approximately ?50,000 crores in tax revenue since 2016. Financial loss to Bihar’s economy is much bigger than this and consequently has led to the loss of job opportunities. As illegal alcohol is being sold, thus black money is being pumped into the market. It has also impacted the state’s administrative institutions adversely as not only has it put extra pressure on their enforcement duties, but police officers are involved in the illegal sale and supply of alcohol. It is worth noting that Mr Nitish Kumar has often played the victim when inquired about the below-par employment opportunities and lack of industries in Bihar and complained that he is helpless as “Bihar is poor”. He has often pressurised the centre for a special economic status for extra revenue. Mr Kumar’s concern about the state’s economy fails to justify the deliberate huge revenue loss caused by his policy of prohibition. Hypocritical or ignorant or both? Let’s examine his hypocrisy.

The Bihar government made substantial revenue from liquor sales. The revenue collection rose exponentially under Nitish Kumar’s regime after the introduction of the ‘Liquor Sourcing Policy’ of 2008-09, which gave the state monopoly over the sales and marketing of alcohol. A state corporation was made the nodal department of the licensing system. Consequently, excise revenue from alcohol in Bihar increased from Rs 750 crores in 2008-09 to Rs 3,670 crores in 2014-15, which constituted 18 per cent of the total state tax revenue. The state revenue from alcohol increased by around 500 per cent in six-years time. Thus, in view of the economy, there is no apparent justification for the dramatic shift in policy — from state monopoly to total prohibition — except for the rhetoric that the plight of women in rural areas inspired this shift. There is no research to indicate a causal relationship between alcohol consumption and the oppression of women.

Interestingly, no research or study analyzing the cost and benefit of the prohibition was conducted before implementing Prohibition in Bihar. The government has so far faced a loss of revenue of over Rs 10,000 crore per annum. An amount that could have been used for empowering women by creating opportunities for their capability expansion that would eventually change gender relations too.

Now you have to think whether the prohibition is beneficial or harmful.