‘Bhaiya’ Controversy Is Like The Black Issue In US: Manish Tewari 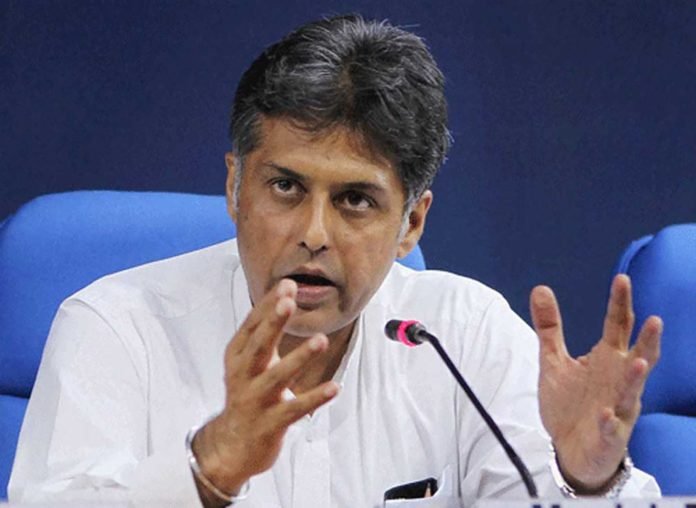 Reacting to the ‘Bhaiya’ row, senior Congress leader Manish Tewari has criticised the remark made by Punjab Chief Minister Charanjit Singh Channi and said, “It is reflective of an unfortunate systemic and institutionalised social bias against migrants.” He said the row was ‘like the Black issue in the US.’

In a series of tweets, Manish Tewari said, “De-Horse Politics- The Bhaiya controversy is like the Black issue in the US. It is reflective of an unfortunate systemic & institutionalised social bias against migrants stretching back to the inception of the Green Revolution. At a personal level Despite my mother being a Jat Sikh & my father being the foremost exponent of Punjab – Punjabi- Punjabiyat who laid down his life for Hindu- Sikh amity because of my Sir name it is said behind my back ‘ Eh Bhaiya Kithon Agha’ peppered with the choicest expletives in Punjabi – We have to root it out.”

“Such thinking should have no place in the Secular ethos of Punjab grounded in the idiom – Manas Ki Jaat Sabhe Ek Pechan,” he said.

On Wednesday, Charanjit Channi stoked a controversy by saying “do not let UP and Bihar ke bhaiya enter Punjab”. While he made the remark, Congress leader Priyanka Gandhi could be seen standing by him smiling and applauding.

A day after, he, however, said his statement was being distorted. He said, “My statement is being distorted. All the migrants who have come to Punjab have put their sweat and blood into the development of the state,” Charanjit Singh Channi said. “I have a close relationship with them [migrants],” he said.

Manish Tewari’s comment comes amid talks of his exit from the party. He is one of the members of the group of 23 who sought organisational reforms in the party. However, earlier this week, at Panchayat Aaj Tak he said he was not leaving the Congress but asking for democratic reforms in the party. On the question of quitting the Congress, like some other senior leaders, he said, “I shall cross the bridge when I reach there.”

He said, “The Congress will be at a loss even if a small party worker leaves the Congress. The loss will be colossal if senior leaders leave the party.”