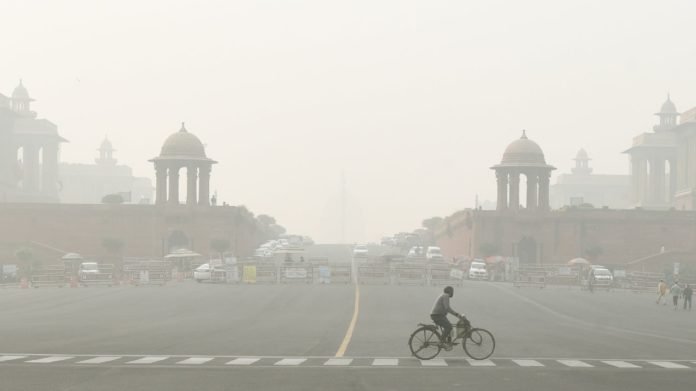 About 93 per cent of India’s population was living in areas where PM2.5 pollution levels were worse than even the lowest bracket of the World Health Organisation’s new air quality standards announced last year, a new global report has said.

The report also revealed that air pollution had reduced life expectancy in India by 1.5 years. This is higher than the reduction in life expectancy from all cancers (1.39 years), it added.

The World Health Organisation had tightened its air quality standards last year, lowering the safe annual average PM2.5 exposure level to 5 micrograms per cubic meters from the previous level of 10 mg/cu m. The recommended safe exposure levels of other common air pollutants had also been lowered. The WHO had said that it did so because of mounting evidence to suggest that air pollution had far greater health impacts than earlier known.

Following the revision, the US-based Health Effects Institute on Wednesday released two special reports assessing how the world fared on these new air quality standards in 2019, the latest year for which data is available. The report found that no country in the world was meeting the newly recommended average annual PM2.5 exposure levels of 5 mg/cu m. That means that almost 100 per cent of the world’s population lived in areas where the PM2.5 levels exceeded WHO recommendations.

Realising that it would be difficult for countries to meet the new standards, the WHO had also recommended four interim targets of progressively improving air quality levels, which, it said, countries should aim to achieve. The most relaxed target, the lowest bracket, recommends an annual average air quality standard of 35 mg/cu m. The other three brackets prescribe 25, 15 and 10 mg/cu m as the recommended levels. Only 25 countries in the world meet the 10 mg/cu m level.

India has a PM2.5 average exposure level of more than 80 mg/cu m, with many areas, particularly large cities like Delhi, having much worse air quality.