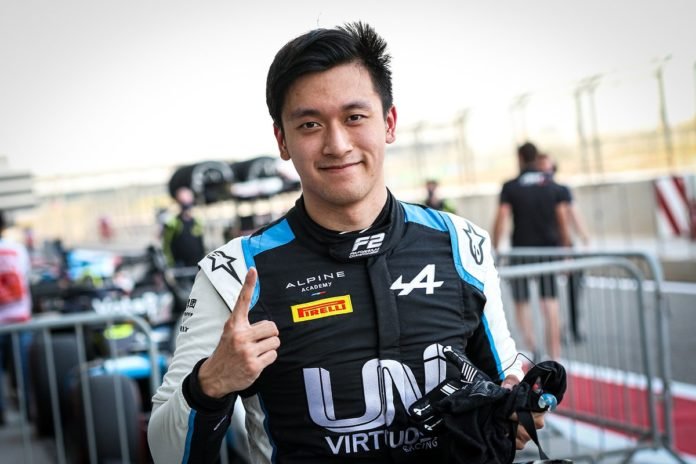 Guanyu Zhou will become China’s first-ever Formula One driver after Alfa Romeo announced on Tuesday the 22-year-old would drive for the team next season. Zhou has been making waves in Formula Two and replaces Antonio Giovinazzi alongside Valtteri Bottas, who is moving from Mercedes to replace the retiring Kimi Raikkonen.

“To be the first-ever Chinese driver in Formula 1 is a breakthrough for Chinese motorsport history,” said Zhou. “I know a lot of hopes will be resting on me and, as ever, I will take this as motivation to become better and achieve more.”

Alfa Romeo described their new signing as “a trailblazer who will write a pivotal page of his country’s motorsport history”.

Zhou has already had a taste of F1 as a test driver for Alpine and has long been mentioned as making the step up from F2.

“I dreamt from a young age of climbing as high as I can in a sport that I am passionate about and now the dream has come true,” Alfa Romeo quoted Zhou, who was educated in Britain, as saying.

“It is a privilege for me to start my Formula 1 racing career with an iconic team, a team that has introduced so much young talent into Formula 1 in the past. Now the dream is reality.”

Zhou has enjoyed a breakthrough year in F2, and is lying second and challenging for the title with races in Saudi Arabia and Abu Dhabi to come.

As well as the arrival of “a very talented driver” Vasseur welcomed “all the new Chinese fans who will join the team”.

Zhou’s promotion came as Alfa Romeo announced that Italian Giovinazzi would leave at the end of the 2021 championship in December.

“Saying goodbye to a driver is never easy, especially so in the case of Antonio, who has been part of the team for so long,” said Vasseur.

In three seasons with the Swiss-based team, Giovinazzi’s best finish is fifth place in the 2019 Brazil Grand Prix.

He has one point to his name this term with three races to come.

Raikkonen is on 10 points to leave the Swiss-based team ninth in the constructors’ championship, ahead of Haas who have not scored a single point.