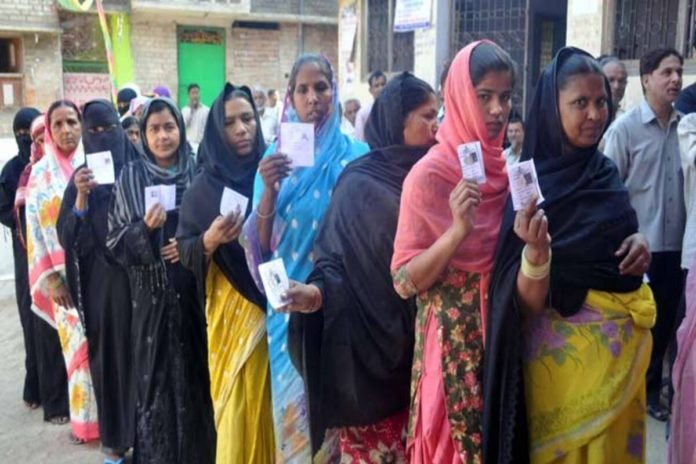 Over 46 per cent voter turnout was registered till 3 p.m. in the sixth phase of the Uttar Pradesh assembly polls, the Election Commission said on Thursday.

The Election Commission also said that 46.70 percent of voter turnout figure was an approximate trend as the data from some polling stations takes time to reach.

The sixth phase of polling in 57 constituencies, spread over 10 districts, is underway.

Over 2.14 crore voters are eligible to exercise their franchise in the sixth phase where a total of 676 candidates are in the fray.