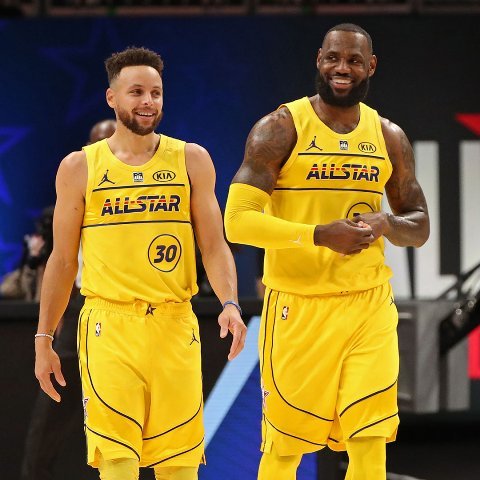 Not a bad night in Ohio for the two All-Stars from Akron.

Curry turned boos to oohs and aahs with the greatest long-distance shooting performance in All-Star Game history, then James made a turnaround jumper that gave Team LeBron a 163-160 victory over Team Durant on Sunday night.

Curry made 16 3-pointers and scored 50 points, two off Anthony Davis’ record. He was clearly hunting it, asking on the sideline during a sizzling third quarter how many points it would take.

On a night both players were among the greats of the game who were honored during a halftime ceremony celebrating the NBA’s 75th-anniversary team, Curry and James showed why they continue to stand out among today’s best.

Curry missed the final 3-point attempt that would have allowed him to surpass Davis. But with James’ team needing a basket to reach the target score of 163 points, they couldn’t afford to keep feeding Curry.

So James pulled up from deep on the right side for the winning bucket, making him 5-0 in the format were the leading vote-getters in each conference draft team.

Giannis Antetokounmpo had 30 points, and James finished with 24 in his old home. Joel Embiid led Team Durant with 36 points.