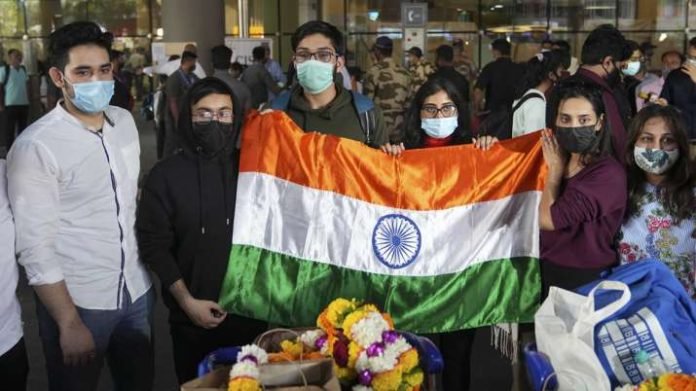 The Russian Ambassador-designate to Delhi, Denis Alipov has said that his country is working to create a safe passage to the stranded Indian nationals in Ukraine conflict zones.

In his first-ever presser since reaching Delhi, he said, “We are working intensely on creating the corridors a securing, a safe passage for the Indian nationals stuck in those areas so that they can travel and be taken safely to areas to Russian territories”.

He added, “Will do everything possibly can to ensure the safety of Indian students in those areas of intense conflict”.

During his virtual presser, he expressed sympathy for the family of Naveen Shekharappa Gyandagoudar and the “entire Indian nation” and announced Moscow will investigate his death.

Naveen, a 21-year-old Indian student died in Kharkiv on Tuesday in the shelling. He is the first Indian casualty during the ongoing Russian military operation in Ukraine.

Since that development, Indian foreign secretary Harsh Shringla has called both Russian and Ukrainian envoys for safe passage for Indian nationals in war-torn Ukraine.

Alipov explained, “We are in touch with the Indian authorities as regards the citizens of India currently in Kharkiv, Sumy in those areas in the north-east of Ukraine.”

He said that they have received the Indian request for “emergency evacuation” of all those stuck there to the Russian territory and his country is “now actively working on the ways and means to launch some operation and to provide humanitarian corridors, so that people have the secure passage to safety on the Russian territory.”

This is perhaps the first time any ambassador-designate did a presser in Delhi even before presenting his credentials to the Indian president, which shows the concerning nature of the ongoing Russia-Ukraine crisis.

On being further asked by reporters on the safe passage for Indians, envoy Alipov said, “As regards to the corridor for Indian nationals, I hope it will be in place as soon as possible…Hopefully, it will happen in the very near future and Indian nationals will be safe and sound on Russian territory.”

On asked about how matter being raised at UN multiple times, the envoy said, “We do coordinate our positions. At the UN we inform India about our approach. We do the utmost and everything possible to keep India unto date as regards what is happening”.

Russia was the President of the UNSC in February month and India is a non-permanent member of the council. So far India has abstained on any west backed anti-Russia resolution on Ukraine taken at the high table.

Lauding India’s actions at UNSC, the new Russian envoy said, “We are very much grateful to India for its balanced position displayed at UN. As I said, India understands the depth of the current crisis and not just the face value of it. The depth and reasons and sees the whole situation in all its complexities. This is very important and this is the reason why its stand has been so unbiased and balanced at the UN. We hope that India will continue to demonstrate such an approach.”

India and Russia are strategic allies and share a historic bond. Russian President Putin had visited India in December for the annual India Russia summit. This year will see the Indian PM Modi visiting Russia for the summit. February month also saw both leaders speaking to each other on the crisis with the Indian side emphasising dialogue.

In response to WION’s question on deliveries of S400 taking a hit and sanctions playing a spoilsport, the envoy said, “I don’t foresee any obstacles as regards the supplies of S400 to India. we have the mechanism and will continue the deal un-obstructively. Sanctions don’t interfere in the deal in any way, whether previous sanctions or newly imposed.”

The delivery of the defence system started in December but fears remain over American CAATSA sanctions.

The west has announced more sanctions since last week’s operation by Russia in Ukraine. The sanctions are expected to impact the Russian economy.

The envoy highlighted bilateral mechanism exists for doing business in national currencies. Inviting Indian businesses to invest in his country, he said, “I hope their interest in the Russian market will remain and stay, the opportunities are open there. As regards Russia we are open to doing business with India and from our side, nothing has changed. Our intentions and desire continue steadfast.”