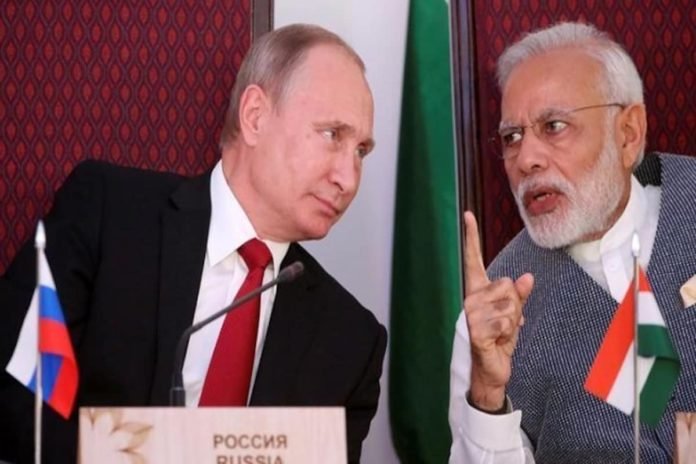 Differences between Russia and NATO can only be resolved through “honest and sincere” dialogue, Prime Minister Narendra Modi told Russian President Vladimir Putin as they discussed the ongoing Ukraine crisis.

President Putin briefed Modi about the recent developments regarding Ukraine.

Reiterating his long-standing conviction that the differences between Russia and NATO can only be resolved through honest and sincere dialogue, the Prime Minister appealed for an immediate cessation of violence and called for concerted efforts from all sides to return to the path of diplomatic negotiations and dialogue.

He also sensitised the Russian President about India’s concerns regarding the safety of the Indian citizens in Ukraine, especially students, and conveyed that India attaches the highest priority to their safe exit and return to India.

The leaders agreed that their officials and diplomatic teams would continue to maintain regular contacts on issues of topical interest.

Before Modi spoke to Putin, Foreign Secretary Harsh Vardhan Shringla called India a “stakeholder” and a “concerned party” in the conflict.

He also had said that Prime Minister Narendra Modi will be speaking to the Russian President over the prevailing crisis.

Shringla also stated that External Affairs Minister S Jaishankar had spoken to several ministers from the European Union and those from neighbouring countries which will help in the evacuation of stranded Indian nationals.

About being a stakeholder, the Foreign Secretary said: “We are in touch with all. We have an interest. Whatever we do will be in the interest of our people.”

“We have been in touch with all parties, both as a member of UNSC, as a country with stakes in that region, with nationals stuck.”

He said that 4,000 Indian nationals have left the country.