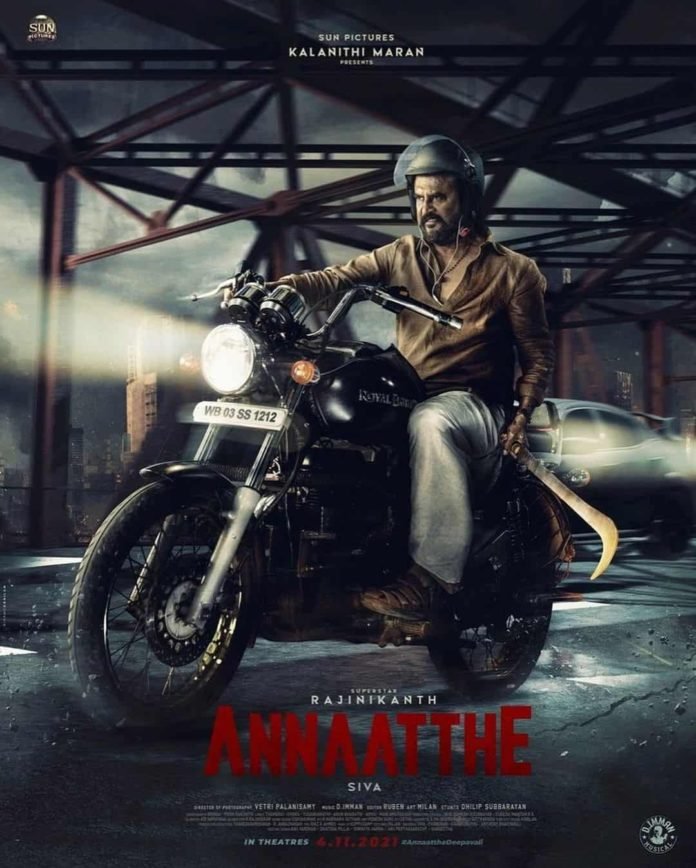 Megastar Rajinikanth’s ‘Annaatthe’, which has triggered huge expectations among fans and the public, will have as big a release abroad as it has in India.

The film is releasing over the Deepavali-Diwali holiday frame on Nov. 3 and 4. In Rajinikanth’s domicile state of Tamil Nadu, the film is expected to release at more than 800 of the available 1,000 screens, with hundreds more across India. In North India and among Hindi-speaking audiences the main competition will be from “Sooryavanshi,” starring Akshay Kumar, Ajay Devgn and Ranveer Singh.

“Annaatthe” is produced by Kalanithi Maran’s South Indian powerhouse Sun Pictures. It will be distributed in India by Sun and overseas by cinema technology and distribution group Qube.

The family drama also boasts a popular star cast including Nayanthara, Keerthy Suresh, Meena, Kushboo, Prakash Raj and Jagapathi Babu. It is directed by Siva, who has a string of hits starring Ajith Kumar behind him including “Veeram,” “Vedalam,” “Vivegam” and “Viswasam.” This will be Rajinikanth’s first release after 2020’s “Darbar.”

In 2017, Rajinikanth formally announced his decision to join politics, but since then decided not to for health reasons. Last week, the actor collected the Dadasaheb Phalke award, India’s highest film honor. Following that he was hospitalized for carotid surgery and returned to his residence in Chennai on Monday.

Born Shivaji Rao Gaekwad, Rajinikanth began his career in 1975 with the Tamil-language film “Apoorva Raagangal.” Since then he has starred in more than 160 films across Indian languages and attained cult status. Rajinikanth is a phenomenon among South Indian stars. His popularity includes fan bases in the U.S. and Japan. The release of each of his films is treated as a near-religious event by fans. Anticipating frenzied responses, cinemas lay on back-to-back shows at dawn in the first week of release.