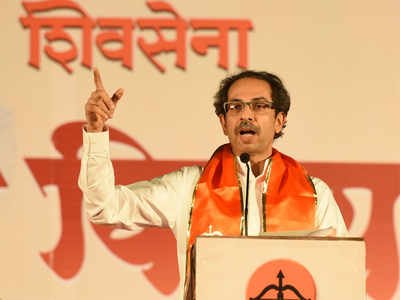 A day after Maharashtra Chief Minister Uddhav Thackeray said that Shiv Sena has wasted 25 years with BJP, the NCP, which is an alliance partner in the state, has welcomed him to the national secular front and said he would be helpful in fighting the BJP.

“If Maharashtra CM believes ‘Hindutva’ as a way of life where there is no religious discrimination and does not agree with what Dharam Sansad proclaims, he would be welcome in secular confederation to fight BJP at the national level,” NCP leader Majeed Memon said.

The MVA, which runs the government in Maharashtra has been critical to the BJP, and party leader Nawab Malik too echoed the sentiment and alleged that the BJP wants to finish parties that ally with it. ‘It’s good to have pride in their own religion but should not have hatred towards others,” he said.

The MVA has Shiv Sena, Congress and the NCP in the government but the alliance could not be repeated in Goa despite efforts from Sena and NCP as Congress did not agree with the alliance call.

However, NCP’s acknowledgment of Shiv Sena outside Maharashtra could be a bigger political move to hit BJP on Hindutva. But the Congress will have to rethink its strategy as it may be difficult for the grand old party to clarify Shiv Sena’s past work and ideology.

On the occasion of the birth anniversary of Shiv Sena founder Balasaheb Thackeray, Maharashtra Chief Minister Uddhav Thackeray said he would step out and go across the state and showcase the power of his party. He said that Sena nurtured the BJP for 25 years but in turn the saffron party it tried to finish it. He also said that the Shiv Sena has not left Hindutva and that the BJP’s idea of Hindutva is hollow. He also said that BJP was opposed to the emergency but is now creating a very similar situation.