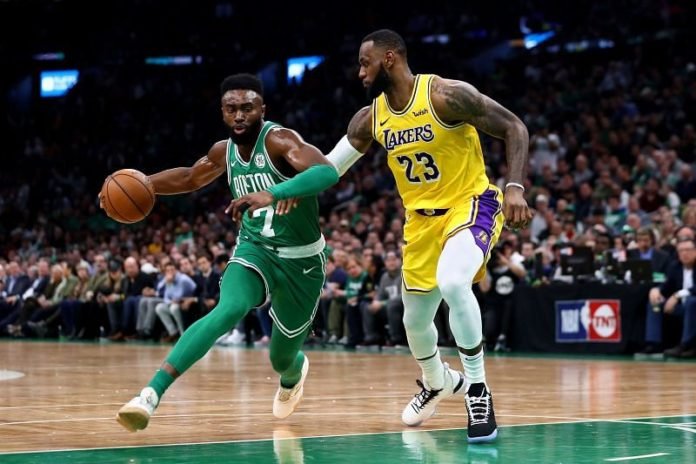 LeBron James scored 30 points, Russell Westbrook added 24 points and 11 assists, and the Los Angeles Lakers beat the Boston Celtics 117-102 on Tuesday night in the latest chapter of the NBA’s most storied rivalry.

Anthony Davis had 17 points and 16 rebounds for the Lakers, who produced one of the best recent performances in their fourth victory in six games overall. With James and Westbrook playing dominant floor games, Los Angeles made 56.5% of its shots in the first three quarters and throttled Jayson Tatum’s supporting cast defensively.

Tatum scored 14 of his 34 points in an incredible first-quarter blitz for the Celtics, who dropped to 1-2 on their four-game West Coast road trip. Jaylen Brown sat out his third straight game with a strained right hamstring, and nobody else managed more than Robert Williams III’s 13 points for Boston.