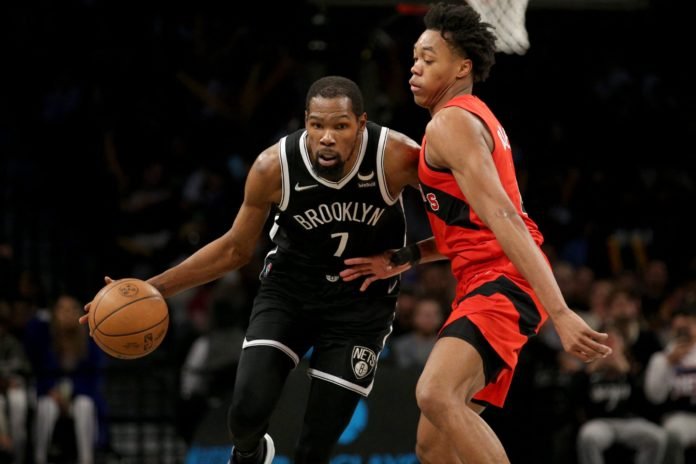 Kevin Durant got his 14th triple-double of his career, Patty Mills made a 3 to force overtime and the Brooklyn Nets beat the Toronto Raptors 131-129 on Tuesday night.

Durant was upgraded from questionable just before the game because Brooklyn has seven players in the NBA’s health and safety protocol, including starters James Harden, LaMarcus Aldridge and DeAndre’ Bembry. He responded to the last-minute add by scoring 34 points, pulling down 13 rebounds and dished out 11 assists.

The loss snapped a two-game winning streak for Toronto (12-15). Fred VanVleet led the Raptors with 31. Gary Trent Jr. and Pascal Siakam each finished with 25.