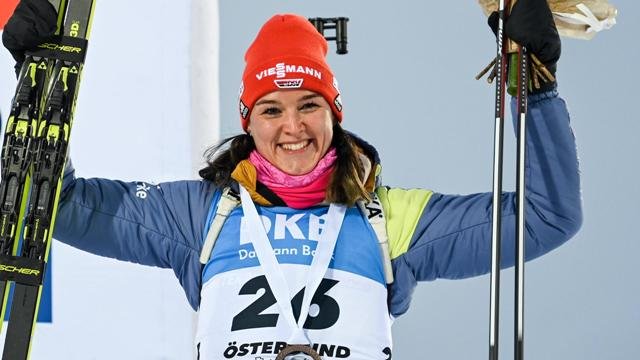 Germany’s Denise Herrmann missed only one out of 20 shots and outpaced the rest of the field to win gold in the Women’s 15-kilometre individual biathlon at the Beijing Winter Olympic Games on Monday.

After a season of mixed results on the World Cup circuit, Herrmann found her form in opening up an early lead and she maintained it, completing the course in 44 minutes, 12.7 seconds.

Anais Chevalier-Bouchet of France missed her penultimate shot, which proved to be a costly mistake, and won silver 9.4 seconds behind Herrmann.

Norway’s Marte Olsbu Roeiseland, the overall World Cup leader, missed two shots, one prone and one standing, and had to settle for the bronze, 15.3 seconds back.