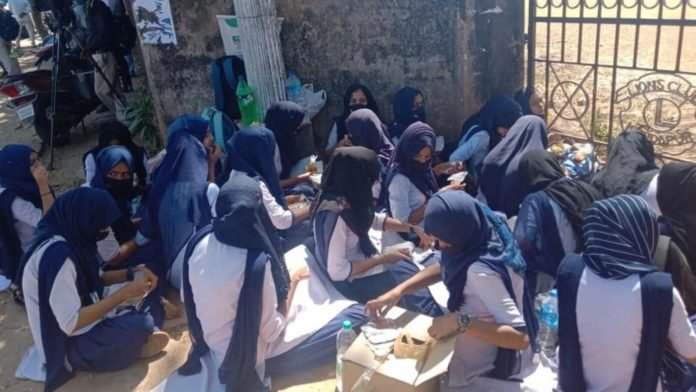 Legislators from the Karaikkal area of the union territory of Puducherry want the state government to take stringent action to prevent any escalation of issues regarding the wearing of Hijab by Muslim girls.

A delegation of legislators met the Chief Minister of the UT, N. Rangasamy on Tuesday, and apprised him of the actions of a school headmaster asking a Muslim girl of Class 9 at Ariyankuppam to remove Hijab in the classroom.

The MLA’s petitioned the Chief Minister that the issue must not be allowed to escalate in the Union Territory just like it is taking place in the neighbouring state of Karnataka.

M. Nagathiyagarajan, a legislator from Neravy – TR Pattinam said, “People of the territory are concerned that this issue might escalate and this must not happen in the territory as there are no issues here. Government must take strong action against those involved in the matter.”

The legislators also informed the Chief Minister that the constitution has given the freedom to practice any religion and mandated not to interfere in others’ beliefs. The legislators included A.M.H. Nazeem (Karaikkal), P.R. Siva (Tirunallur) and Annibal Kennedy (Ouppalam).

The Students Federation of India( SFI) is also petitioning the Chief Minister on Wednesday regarding the Hijab row and the SFI state president C.S. Swaminathan said that the student body will not allow communal tensions to creep into the academic life of Puducherry.