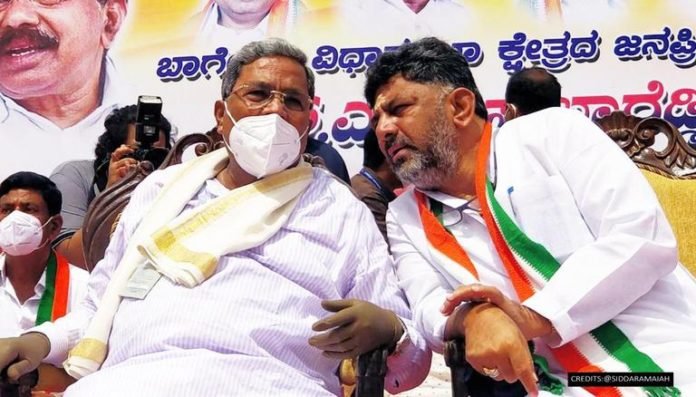 In the wake of rising concerns around Covid-19 cases in the state, the Karnataka Congress has decided to temporarily halt Mekedatu padayatra in the interest of public health, former chief minister of state Siddaramaiah said.

Karnataka Congress has announced the suspension of Mekedatu Padayatra stating, “once the number of COVID cases comes down, we will start the padayatra again from Ramanagara which will continue for 7 days.”

Earlier in the day, Karnataka Chief Minister Basavaraj Bommai appealed to Congress leaders Siddaramaiah and D K Shivakumar to call off their ongoing padayatra demanding implementation of the Mekedatu project across river Cauvery.

The Chief Minister’s appeal comes a day after the government under fire from the High Court and party legislators had prohibited inter-district and intra- district (within Ramanagara) movement of vehicles and persons for participating in the padayatra, with immediate effect.

“I’m ready to take all the necessary measures for the implementation of the Mekedatu project, taking all of you into confidence,” Bommai said in a press statement addressed to Siddaramaiah and Shivakumar. He said the third wave of COVID has affected public life, especially the children, and at such a time going ahead with the padayatra by gathering a large number of people is not right in the interest of public health.

The Chief Minister also noted that the High Court has already expressed its strong opinion in this regard and it is the public opinion too. “So, I hereby request you to drop the padayatra, let’s all together fight corona now, and together work for the implementation of Mekedatu project in the days to come,” he added. In the wake of the High Court’s strong observations and government’s last night orders, Congress leaders are in a huddle in Ramanagara, regarding their next course of action.

The Karnataka High Court on Wednesday had questioned the state government as to why it allowed the Congress’ padayatra, which is being held in violation of its COVID curbs, and why no appropriate action was taken by the authorities to restrain the march. It has also asked the Karnataka Pradesh Congress Committee (KPCC) whether it had obtained permission for the padayatra and whether measures have been taken in compliance with Standard Operating Procedures (SOPs) prescribed by the government to prevent the COVID-19 spread. The court has asked both the state government as well as Congress to respond by Friday.

The Congress’ 10-day long padayatra demanding implementation of the Mekedatu project, to which neighbouring Tamil Nadu is opposed, is in its fifth day today, is scheduled to cover a distance of about 15 km from Ramanagara to Bidadi, defying COVID curbs.

The padayatra that began on January 9, spanning a distance of nearly 139 km, is scheduled to conclude at Basavanagudi in Bengaluru on January 19. Police have already filed four FIRs against Congress leaders including Shivakumar and Siddaramaiah, for taking out the march defying COVID-19 curbs.

The Mekedatu Multipurpose (drinking and power) project involves building a balancing reservoir near Kanakapura in the Ramanagara district of Karnataka. The project once completed is aimed at ensuring drinking water to Bengaluru and neighbouring areas (4.75 TMC) and also can generate 400 MW power, and the estimated cost of the project is ₹9,000 crore.