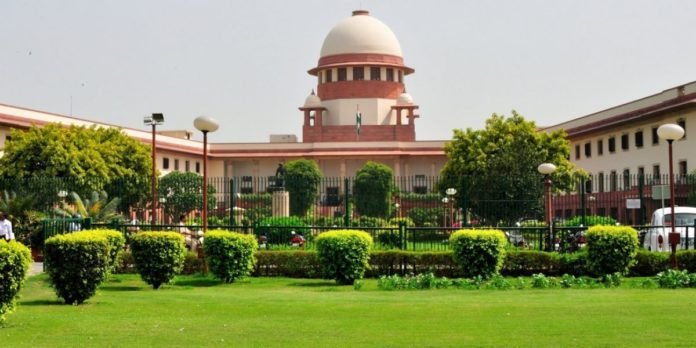 The Supreme Court on Monday (21 Nov) came down heavily on the Government of Bihar for allowing persons without the necessary qualifications to discharge the functions of a pharmacist in several state-run hospitals.

Justices M.R. Shah and M.M. Sundresh, were hearing a petition highlighting the perils of entrusting untrained personnel with the responsibility of “medicine distribution-related work”. Justice Shah categorically instructed the state government to ensure that “not a single hospital in the entire state” distributed any medicines without the help of registered pharmacists. “If an untrained person administers the wrong medicine or the wrong doses of a medicine, and this results in something serious happening, who will be responsible?” the judge asked, expressing his profound dissatisfaction. He added, “We cannot permit the state government to play with the lives of its citizens.”

The Bench was informed by the counsel for the Government of Bihar that they would take “whatever action was contemplated in law” based on particular complaints against erring personnel. However, this proposal was rejected as unacceptable. Justice Shah noted, “Where there is poverty and lack of education, you cannot afford to wait till a complaint is filed. Even
more so, in a state like Bihar. You do not understand the seriousness of this matter. This is not just a question of fake pharmacists, but also fake doctors. You will find a number of fake doctors and fake compounders in the state. The poor, uneducated people have to go to them. The condition of hospitals in Bihar is the worst. And you are saying you will wait till complaints are lodged.” The inaction of the state government till the receipt of a complaint was “not permissible”, the judge said, explaining that it was their duty to investigate the worrying trend.

The state government attempted to shift the blame to the Bihar State Pharmacy Council, which they claimed was “defunct” since it was “undergoing an election”. “The council is responsible for maintaining the registers and enrolling pharmacists. It is the responsible body which is supposed to take action,” the counsel submitted. Justice Shah sharply countered, “Does that mean the state government is absolved of responsibility? They will permit anyone to distribute medicines in the government or semi-government hospitals?” The counsel for the petitioner also added that under Section 45 of the Pharmacy Act, 1948, the state government was required to constitute an enquiry on finding irregularities or instances of non-compliance with the provisions of the Act.

The counsel for the Bihar government attempted to convince the court by saying, “The state government does not want to oppose this. This is not adversarial. It is not that we are unwilling to take action.” The bench was also taken through the report of an enquiry committee that did not find any merit in the allegations against certain personnel appointed as pharmacists in government hospitals. Justice Shah rebutted, “You are drawing our attention to two persons. Our order was with respect to the entire state. We are shocked that you showed us this report. You should have been fair to the court.”

It was also submitted by the counsel for the petitioner that the Pharmacy Practice Regulations, 2015, which were promulgated to ensure ethical standards in pharmacy practice and the presence and services of registered pharmacists, among other things, had not yet been implemented in the state of Bihar. She relied on a letter from the Indian Pharmaceutical Association.

Finally, the Bench decided to reserve its order, but explained, “We propose to pass a detailed order, remand the matter to the High Court, and direct the concerned authority to complete the enquiry and submit the report to the High Court. Instead of us, the High Court will periodically monitor and supervise the entire thing.”

In today's time where people usually develop a bond with their doctors. Because of having faith, there is no second opinion in people's minds,...
Read more