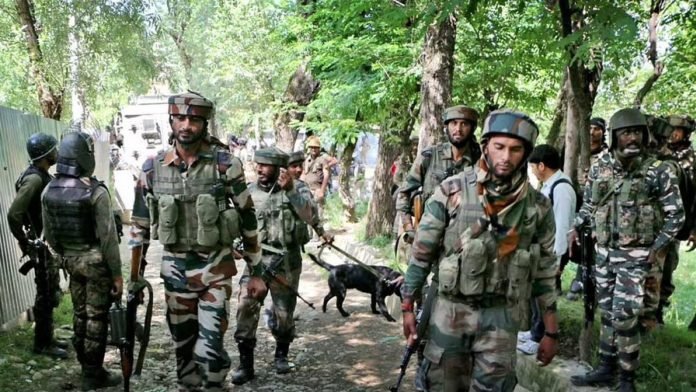 An Assam Rifles Colonel, his wife and eight-year-old son, and four soldiers were killed in an ambush by terrorists near the border with Myanmar in Manipur. The terror attack – one of the deadliest in the region in recent times – took place at 11 am in Manipur’s Churachandpur district.

The Commanding Officer of 46 Assam Rifles, Colonel Viplav Tripathi, had gone to a forward camp on Saturday and was returning when his convoy was ambushed.

This is the first time that civilians have died in an ambush in this remote area of the district. The location is an extremely remote village around 50 km from Churachandpur.

Colonel Tripathi was posted in Mizoram before Manipur. People in Mizoram’s capital Aizawl who knew the Colonel said he was a very polite officer and would often help civilians in his area of operation.

Defence Minister Rajnath Singh condemned the attack and gave his condolences. “The cowardly attack on an Assam Rifles convoy in Churachandpur, Manipur is extremely painful and condemnable. The nation has lost 5 brave soldiers including CO 46 AR and two family members. My condolences to the bereaved families. The perpetrators will be brought to justice soon,” Mr. Singh tweeted.

Manipur Chief Minister N Biren Singh tweeted that a counter-operation has been launched to track down the terrorists.

Manipur, like many of the north-eastern states, is home to several armed groups fighting for either greater autonomy or secession. For decades, the Army has been deployed to the area that has borders with China, Myanmar, Bangladesh and Bhutan.