We Don’t See Any Retreat of Russian Forces From Borders Yet: Ukraine President Volodymyr Zelensky 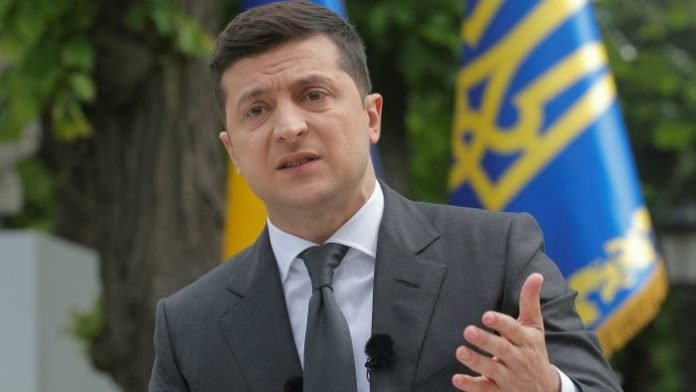 Ukraine’s President, Volodymyr Zelensky, stated today that his country has not seen proof that Russia is withdrawing more troops.

It comes after Russia stated it was drawing out additional troops—this time from the Crimean peninsula.

Earlier today, after declaring that some troops had pulled back, Russia said that military drills in Crimea had ended and troops were returning to their barracks.

Moscow’s defence ministry said: “Units of the southern military district, having completed their participation in tactical exercises, are moving to their permanent deployment points.”

According to Nato Secretary-General Jens Stoltenberg, there has been no de-escalation on the ground, and Russia “continues the military build-up.”

Later today, NATO defence ministers will gather in Brussels to examine the prospect of a Russian invasion.

The websites of Ukraine’s defence ministry and two banks were taken down by a series of cyber strikes on Tuesday.

Meanwhile, Ukraine is commemorating a day of unity after reports from the United States hinted that Russia might attack today.