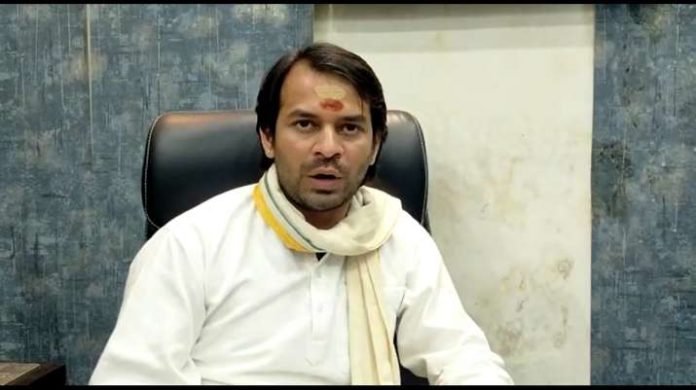 RJD leader Tej Pratap Yadav on Sunday launched ‘Nyay Yatra’ (campaign for justice) for his father and RJD Chief Lalu Prasad who is currently in jail in connection with the fodder scam.

Tej Pratap Yadav’s youth wing Chatra Janshakti Parishad (CJP) is using e-rickshaws for the campaign to gain the sympathy of the people of Bihar. The members of CJP will travel in e-rickshaws in every block of their respective districts seeking “justice” for Lalu Prasad.

The e-rickshaws are decorated with the photograph of Lalu Prasad and a weighing scale ‘taraju’ with a caption ‘Saja Nahi Shajish’ (Conspiracy not a punishment).

Though Tej Pratap Yadav had started several such campaigns in the state which were just limited to photo sessions, the members of CJP are claiming that ‘Nyay Yatra’ is related to Lalu Prasad, it might achieve the aim.

“Opposition parties have conspired and sent Lalu Prasad to jail. We are reaching out to people of Bihar seeking support for a leader who always fought for the interest of marginalised sections of society,” he claimed.