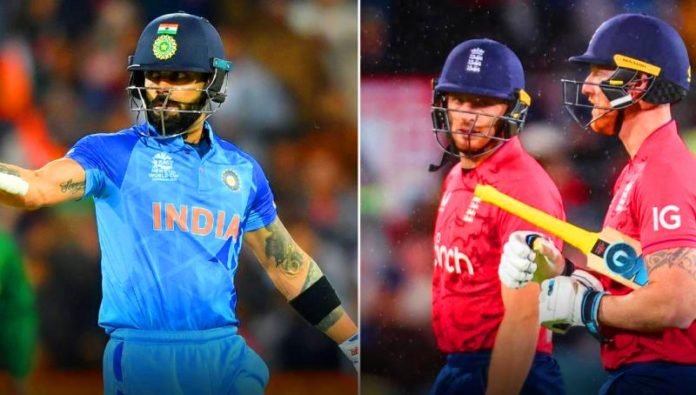 India will battle it out with England in the second semi-final on Thursday (November 10) at the Adelaide Oval.

India has hardly put a foot wrong in ICC the T20 World Cup 2022. Only against South Africa, Rohit Sharma-led India faced defeat. In all the other four matches against Pakistan, Netherlands, Bangladesh, and Zimbabwe, India has dominated with bat and ball.

India has not won any ICC events since their win in the 2013 Champions Trophy. Since then, India has reached the finals & semi-finals of two ICC T20 World Cups in 2014 and 2016. This time Rohit Sharma-led India would be keen to break the semi-final hurdle against a confident-looking England. India has looked good with bat and ball, with Suryakumar Yadav, Virat Kohli, Arshdeep Singh & Hardik Pandya doing reasonably well.

Yuzvendra Chahal, the Indian leg-spinner has not yet featured in any game of the ICC T20 World Cup 2022. With Adelaide providing enough assistance for spinners, Yuzvendra Chahal might find himself playing probably in place of Axar Patel.

Skipper Rohit Sharma is not firing, and that will be worrisome. Virat Kohli is the leading run-scorer with 246 runs, followed by Suryakumar Yadav’s 225 runs. Arshdeep Singh has taken 10 wickets.

On the other hand, England has also match winners from top to bottom. Their bowling looks lethal, with Mark Wood, Sam Curran, Chris Woakes, and Adil Rashid bowling well. Sam Curran has scalped 10 wickets in four games. Mark Wood is setting the speedometer on fire, with 150kmph on a consistent basis. While England’s batting is always in the spotlight, it is their bowling that has this time looked superb. Sam Curran finished his spell against Afghanistan with the figures of 3.4-0-10-5.

India topped Group B with 8 points, while England finished second in Group A with 7 points.

India looks strong on paper and also have momentum with them. Meanwhile, England will rue Dawid Malan’s unavailability. But it will not be a cakewalk for India. India is expected to win the match and reach the finals. India have also a better record in head-to-head matches compared to England.

Pitch
The pitch at the Adelaide Oval is a real head-turner. The batters’ ability to immediately advance across the boundary in their innings is made possible by the manner the ball enters the bat. On this surface, a total between 170-180 can be a winning one. A high-scoring game can be expected there if the playing field is kept in good condition during the tournament.

Rishabh Pant has proven effective against England, and given the batter-friendly conditions at the Oval, India would look to continue with Pant instead of Dinesh Karthik. The Men in Blue are unlikely to make any changes to their playing combination.

England will be forced to make changes to their side. Phil Salt will be the rightful contender to play in the top order in place of Dawid Malan. Mark Wood is most likely to play, but if he is unable to, then Chris Jordan will replace him as the pace option.

The match starts at 1.30 PM IST. In India, the match will be broadcast on the Star Sports Network. Online viewers can follow the live-action via Disney+Hotstar.