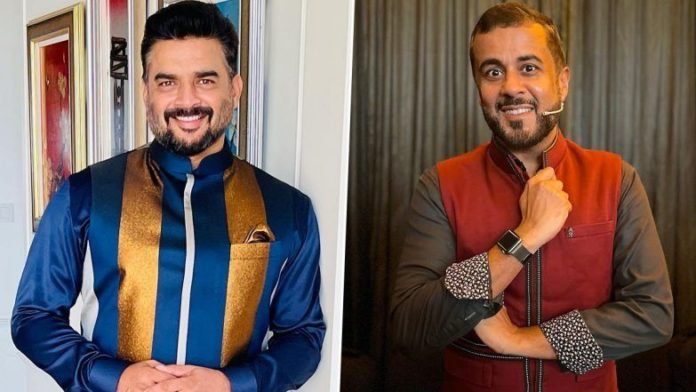 R. Madhavan and Chetan Bhagat got into a banter-filled Twitter exchange in which the actor seemed subtly roasting the author.

It all began on Monday with Netflix India asking people to pick between books and movies.

Bhagat replied to the thread, saying: “”My books, and the movies based on them.” It caught Madhavan’s eye, who replied: “”Hey Chetan…My bias is movies > books.” Soon a hilarious war-of-words commenced between the two on the micro-blogging website.

To Madhavan’s message, Bhagat’s reply read: “Have you ever heard anyone ever say the movie is better than the book?” “Yes! 3 Idiots,” pat came the reply from Madhavan replied, who referred to the 2009 blockbuster he starred in, based on Bhagat’s maiden best-seller titled ‘Five Point Someone’.

“Well I prefer to be known as Chetan Bhagat over being known as Farhan from that one movie,” Bhagat said.

The banter went on till night, when Madhavan finally disclosed that the exchanges were “scripted”.