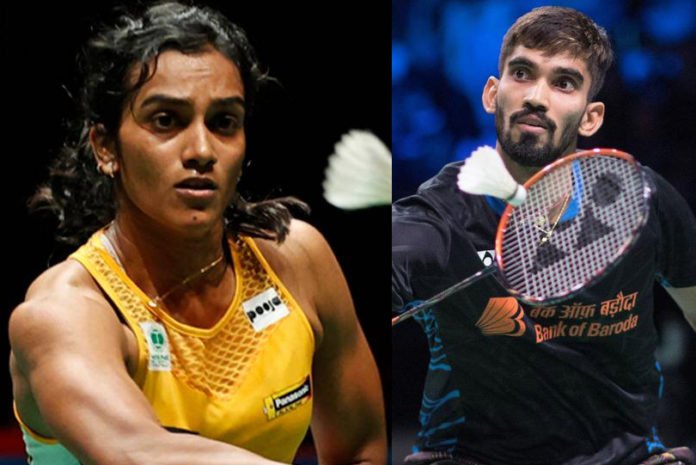 PV Sindhu fell to a tame straight-game defeat to Japan’s Akane Yamaguchi in the semi-final of the Indonesia Masters on Saturday. The double Olympic medalist had a 12-7 head-to-head lead against Yamaguchi but was no match in Bali as she lost 13-21 9-21 in a match that lasted 32 minutes.

Sindhu was not at her usual best and trailed her Japanese opponent from the start in both the games. In the second game, Sindhu had a brief lead before Yamaguchi dominated her rival all throughout to seal the issue in her favour.

Later in the day, Srikanth Kidambi also bowed out at the semi-final stage after straight games defeat against third seed Anders Antonsen.

Srikanth was able to hold on to Antonsen initially, levelling the scores at 3-3, 4-4, 5-5 before falling behind. Srikanth made another fine recovery in the first game, narrowing down the gap to 11-12 but eventually lost steam.

In the second game also, both were tied at 4-4 but the Dane took eight straight points to zoom to 12-4. The Indian could not recover from there while Antonsen never let his guard down to win the second game and the match.

Sindhu, who has already sealed her place in the World Tour Finals that will take place next month, will play the Indonesia Open Super 1000 tournament next week where she is drawn to take on Japan’s Aya Ohori in the first round. For Srikanth, a rematch awaits against HS Prannoy next week.

Momota and Chou had a close semi-final in Bali, but the number one badminton player claimed a 21-19, 21-11 victory over Chou.

The Japan team tops the Indonesia Masters, the first tournament in Asia for 10 months, with four tickets to the finals out of five titles.