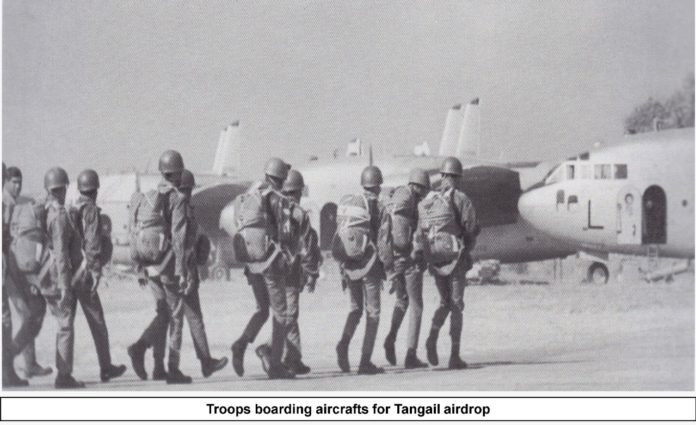 Prime Minister Narendra Modi on Thursday paid tributes to the valour and sacrifices of Bangladeshi freedom fighters and Indian armed forces on the 50th anniversary of Vijay Diwas, which commemorates India’s victory over Pakistan in the 1971 war. Bangladesh, then part of Pakistan, became an independent country after the war.

Modi tweeted, “On the 50th Vijay Diwas, I recall the great valour and sacrifice by the Muktijoddhas, Biranganas and bravehearts of the Indian Armed Forces. Together, we fought and defeated oppressive forces. Rashtrapati Ji’s presence in Dhaka is of special significance to every Indian.”

President Ram Nath Kovind is in Dhaka on a maiden three-day State Visit during which he will hold talks with his counterpart and attend the golden jubilee celebrations of Bangladesh’s independence from Pakistan in 1971.

Earlier today, tributes were shared on social media by Rajnath Singh and the Indian Army.

“The 1971 war is the golden chapter in India’s military history. We are proud of our armed forces and their achievements,” the Defence Minister wrote. He also shared iconic pictures after India won the war.