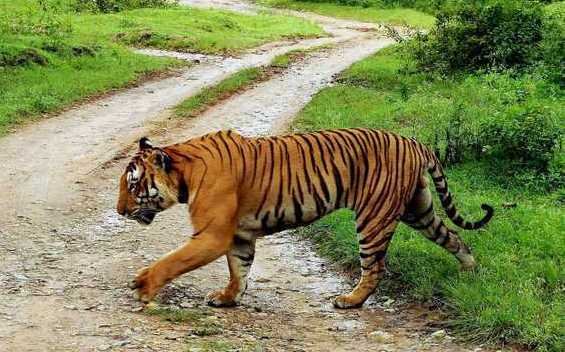 Prime Minister Narendra Modi on Sunday addressed the nation in the first episode of this year’s ‘Mann Ki Baat’.

During his address, Modi spoke on various topics, including receiving one crore postcards from the youth of the country and Collarwali tigress who recently passed away.

The PM talked about receiving one crore postcards from the youngsters of the country, which shed light on their dreams of India on the country’s 100th year of independence. He read out some postcards that he received from various parts of the country, including Prayagraj and Goa, among others. Modi talked about an Assam girl namely Riddhima Swargiyari, a class 7 student, and her postcard. In the note, she mentioned that on India’s 100th year of independence, she wishes to see it becoming the cleanest country in the world.

Modi said he also received as many as 75 postcards from Croatia on the occasion of the 75th year of India’s independence – Azadi ka Amrit Mahotsav. These postcards were sent to him by the students of Applied Arts and Design in Croatia’s Zagreb.

While sharing stories of Indian citizens and their good deeds, the PM talked about a Tamil Nadu woman named Tayammal, who donated ₹1 lakh to a school, from the money she saved by selling coconut water.

He also lauded a 24-year-old Manipur youth, named Thounaojam Niranjoy Singh, who made a record of doing 109 push ups in a minute. This was not the first time though that the man did these many push ups, PM Modi said. “Earlier too, he had held the record for most Knuckle push-ups with one hand in a minute. I am sure you will be inspired by Niranjoy Singh and make physical fitness a part of your life.”

Further, he talked about an open synthetic track and astro turf football stadium coming up in Ladakh, which has also received certification from the FIFA. He said the venue will be constructed at a height of over 10,000 feet and will be the largest open stadium in the Union territory that can accommodate as many as 30,000 spectators at a time.

The Prime Minister also remembered the famous Collarwali tigress, who recently passed away at the Pench Tiger Reserve in Madhya Pradesh. “You must have also seen these pictures on social media. This love of Indians for nature and living beings was greatly appreciated the world over,” he said. PM Modi also talked about elite horse Virat, who participated in his last parade at this year’s Republic Day. “In view of Virat’s immense services, after his retirement he was given farewell in an equally grand manner,” he added.

Modi lauded the citizens of the country, especially the youth for their efforts to get vaccinated against Covid-19. He said that since the start of the vaccine doses for youth, 4.5 crore of them have already been jabbed with the shots. He further stated in 20 days, one crore people have taken the precaution dose of the Covid-19 vaccine.

At the end of his speech, the PM reiterated the importance of ‘Swachhta Abhiyan’ (cleanliness campaign), vocal-for-local mantra and the dangers of single-use plastic. He ended his address by saying that all Indians need to work “wholeheartedly” for ‘Atma Nirbhar’ India and with such collective efforts, the country will reach “new heights of development.”