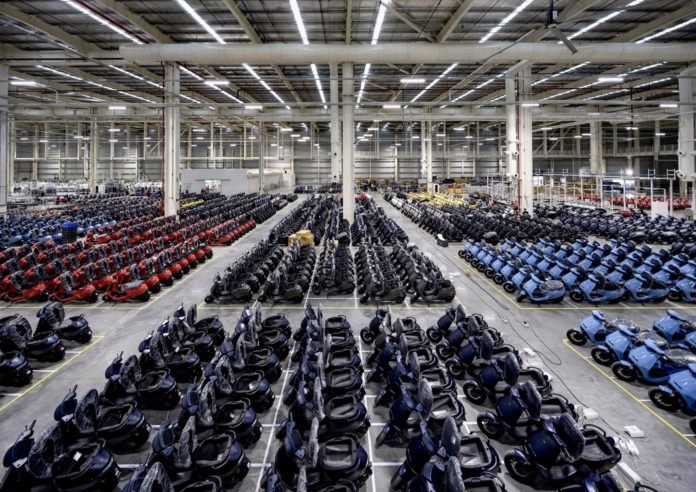 Ola Electric on Monday announced it has raised over $200 million from Tekne Private Ventures, Alpine Opportunity Fund, Edelweiss and others.

The latest round values the company at $5 billion.

“We have changed the entire scooter industry and are now looking forward to bringing our innovative products to more two-wheeler categories including bikes as well as cars. I thank the investors for their support and look forward to partnering with them to take the EV revolution from India to the world,” Bhavish Aggarwal, Founder and CEO, Ola said in a statement.

Over the last 12 months Ola Electric has built the Future factory which is now producing almost 1,000 units of its S1 and S1 Pro electric scooters per day, Aggarwal said earlier.

In a tweet, Aggarwal shared a picture of the scooters with the caption: “Production just for today so far!”

“Futurefactory now producing almost 1000 scooters a day. Opening up purchase window for remaining customers soon,” he wrote in the tweet.

In December end, Ola Electric had revealed that it has dispatched all units of its S1 and S1 Pro electric scooters to its customers.

As part of its ambitious charging infrastructure goal, Ola Electric will install more than 4,000 charging points for its electric scooters across cities in 2022.