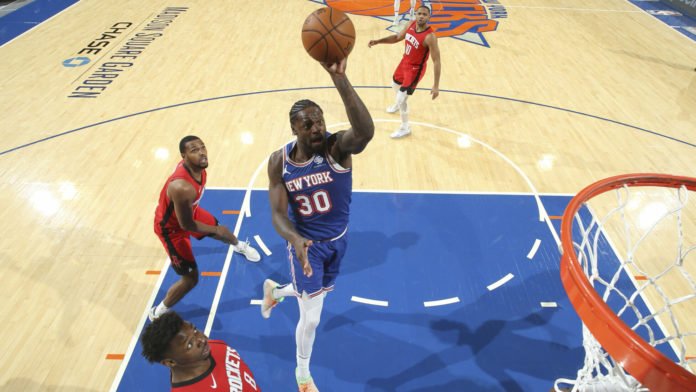 Alec Burks scored 17 of his 20 points in the fourth quarter, Evan Fournier added 19 and the New York Knicks handed the Houston Rockets their 14th consecutive loss with a 106-99 victory on Saturday.

All-Star Julius Randle had 16 points and 10 rebounds, while Immanuel Quickley chipped in 13 points off the bench for the Knicks.

Jae’Sean Tate finished with 11 points and 10 rebounds for Houston, which dropped to 0-10 in road games.