MEA Writes To MPs On Evacuation of Indians From Ukraine 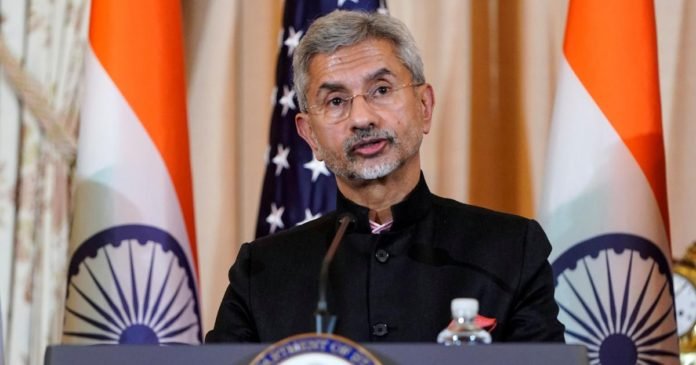 “Please be assured that we are taking cognizance of all enquiries and information. All of them will be attended to by Team MEA representatives on the ground,” the Union minister said in a letter sent out to all MPs on Monday.

He also shared an e-mail ID and WhatsApp numbers on which the MPs can share details. The government has launched “Operation Ganga” to evacuate Indian citizens, mostly students, from Ukraine, which has been attacked by Russia.

The government had on Monday decided to send four ministers to several neighbouring countries of Ukraine to coordinate the evacuation exercise. “You are naturally getting many anxious enquiries from the families of students and other Indian nationals who are still in Ukraine, Ministry of External Affairs has set up a helpline for the public…,” he said in his letter detailing its numbers and e-mail IDs.

In addition, depending on which border the person concerned is moving towards, separate helplines have been set up in Indian embassies in Romania, Poland, Hungary and Slovakia, he said.

Meanwhile, Indians should stay put in “bomb shelters” and other safe locations in Ukraine till arrangements are made by Indian missions for their evacuation and safe return, former Army chief Gen NC Vij has said.

His remarks came amid rising tensions in Ukraine in the wake of Russian military action. “They (Indians) are in bomb shelters and other places. They should not be moving around on the roadside looking for some arraignment till the time the immigration part is organized, and the embassy tells them about it.

When you reach the immigration point, you will be taken care of because there is some arrangement already done on the ground. That is very important,” Gen Vij said.

Gen Vij, a former Vice Chairman of the National Disaster Management Authority (NDMA) said Indians including students in Ukraine should not move on their own to the border areas.