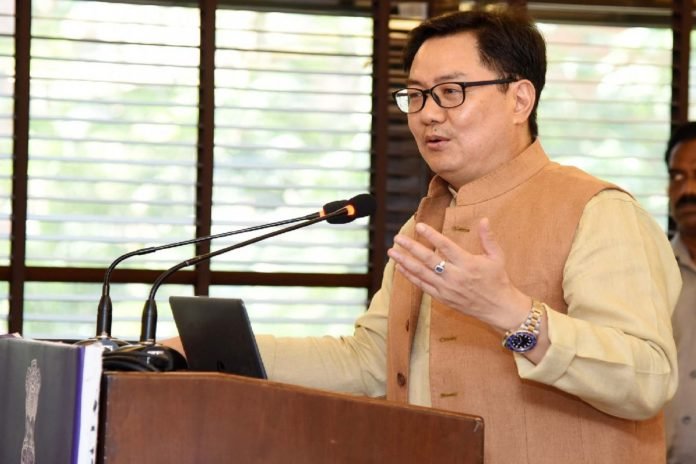 The Election Laws (Amendment) Bill, 2021, introduced by Minister of Law and Justice Kiren Rijiju, has been passed in Lok Sabha through voice vote. The Bill seeks to link Aadhaar with the Elector’s Photo Identity Card (EPIC). The Bill was opposed by Congress, AIMIM, BSP and other opposition parties.

The Opposition claimed that it would be a violation of the Constitutional rights of citizens and would violate their right to privacy if Aadhaar is connected to the electoral rolls. The Opposition demanded the rollback of the Bill.

Rejecting the demand, Rijiju said that various proposals that are part of the bill have already been suggested and recommended by the Standing Committee of Law and Personnel. The minister further said that the Bill will cleanse the election system.

Lok Sabha was later adjourned for the day amid continuous protest by opposition members.

The Union Cabinet had earlier cleared the bill on electoral reforms. These reforms included the bill seeking to link the electoral roll with Aadhaar on a voluntary basis to root out multiple enrolments.

In March, then Law Minister Ravi Shankar Prasad had told the Lok Sabha in a written reply that the poll panel had proposed to link electoral roll with the “Aadhaar ecosystem” with a “view to curb the menace of multiple enrollments of the same person at different places”.