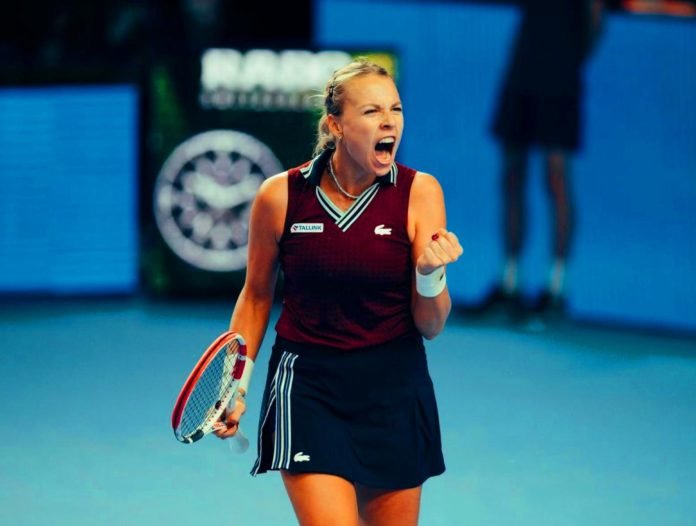 Estonia Anett Kontaveit, eighth in the world rankings, beat the Greek 6-1, 3-6 and 6-3 Maria Sakkari to pass through the final of the Akron WTA Finals, in Guadalajara, Mexico

In a match full of momentum it was Anett Kontaveit who had the last one, holding off a late surge from Maria Sakkari to prevail, 6-1, 3-6, 6-3, and reach the biggest final of her career at the WTA Finals in Guadalajara.

The Estonian improved to 7-0 in semifinal matches this year with the win.

There was very little between the two players in their head-to-head coming into the match, Sakkari leading the series, 6-5—but Kontaveit’s been arguably the hottest player on the women’s tour over the last few months, and she came out swinging, powering through the opening set in just 27 minutes.

After four straight holds, Sakkari struck again, breaking for 3-2—but Kontaveit caught fire one last time from there, breaking right back at love and then holding at love to go up 4-3, and eventually making it four games in a row to close it out.

But Kontaveit was solid throughout, finishing with 32 winners to 34 unforced errors.

Eighth-seeded Kontaveit will play against No.1 seed Garbine Muguruza in the final for the biggest title of her career.