IPL Auction 2022: Ishan Kishan Most Expensive Buy At 15.25 Crore, Back To Mumbai Indians 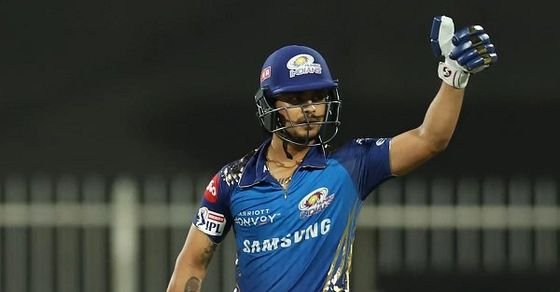 Mumbai Indians weren’t going to let Kishan go without a fight and they were quick to fight off Punjab first before going head-to-head in a bidding war with Gujarat. The bidding escalated quickly with Gujarat pushing Mumbai beyond the 13 Crore mark. Hyderabad then threw their hat into the ring once Gujarat backed out. Mumbai though refused to back down despite the figure rising beyond the 15 crore mark and finally get their man for a whopping Rs. 15.25 Crore.

RCB and CSK both locked horns for the experienced Karthik. CSK despite already securing the services of Dhoni and Rayudu seemed keen on adding a third wicketkeeping option in the form of Karthik. The ploy worked to raise the price as CSK later dropped out with Bangalore paying Rs. 5.5 Crore for Karthik.

SRH and KKR went back and forth for the Windies wicketkeeper but it’s ultimately SRH who get their man for a whopping 10.75 Crore.

Delhi and Hyderabad were initially in the pot for Chahar pushing his price beyond the 10 crore mark. Chennai then jumped into the fray at the 11 crore mark as SRH took a back seat in the bidding. There was a fierce bidding war between DC and CSK and just when it seemed CSK would get their man, RR threw their hat into the ring at the 13 crore mark. However, it was CSK who got their man with a winning bid of Rs 14 Cr.

Deepak Chahar took 14 wickets in 15 matches in IPL 2021 at an ordinary economy rate of 8.35 and an average of 32. 14 crore may just prove to be too much, his batting ability notwithstanding.

The Man of the Series from India’s recent 3-0 ODI series win against West Indies, Krishna was also the highest wicket-taker in that series with 9 scalps. Lucknow and Rajasthan were locked in an intense bidding war but ultimately it’s RR who secure Prasidh for Rs. 10 crore.

CSK and SRH were locked in a bidding war for the services of Rayudu. SRH managed to push the price above the 6 crore mark but it’s ultimately CSK who submit the winning bid of Rs. 6.75 Crore.

GT and SRH were locked in a bidding war for the Australian all-rounder. DC jumped in after GT decided that 4.40 Cr was a bit too much for their liking. Both DC and SRH looked very keen on the Aussie but ultimately it’s Delhi who trump Hyderabad with a winning bid of Rs. 6.5 Crore.

Another bidding war between LSG and SRH for yet another all-rounder. SRH withdrew at the 7.50 crore mark but Gujarat Titans jumped into the bidding war in a bid to reunite the two brothers with Hardik already signed by the newcomers. However, this time Lucknow Super Giants refuse to back down and emerge with the winning bid of Rs. 8.25 Crore for Krunal Pandya.

GT and PBKS were the two teams who initially battled it out for the all-rounder. DC jumped into the fray once the bidding crossed the 3 crore mark with PBKS backing out. SRH entered into the fray at the 7 crore mark. However, LSG then took up the battle with SRH pushing the price beyond the 8 crore mark but it was the Hyderabad side who ultimately got their man.

Quite a battle by SRH to secure their first buy of the Mega Auction.

Well due to unforeseen circumstances the longest bid so far. PBKS and SRH went head-to-head to secure the talented Sri Lankan all-rounder early on but SRH soon dropped out as RCB joined the bidding after watching silently from the sidelines. PBKS and RCB fought hard but ultimately it’s RCB who walk away with the services of Hasaranga.

GT and RCB were both keen on the Kiwi speedster and just when Gujarat seemed to be winning the race, LSG decided to enter the fray. However, GT weren’t going to budge as they secure the services of Ferguson for Rs. 10 Cr.

Mumbai Indians seemed keen on the Aussie speedster but were trumped by RCB who entered the fray late and walked away with the winning bid at Rs. 7.75 Cr.

In addition to the existing 8 teams, two new franchises, Lucknow Super Giants and the Gujarat Titans will also be participating in the auction. Going into the auction, teams were given the option to retain a maximum of four of their existing players. The teams, however, were not allowed to retain more than 3 India and two overseas players. Also, a team can only retain a maximum of two uncapped players in the list.