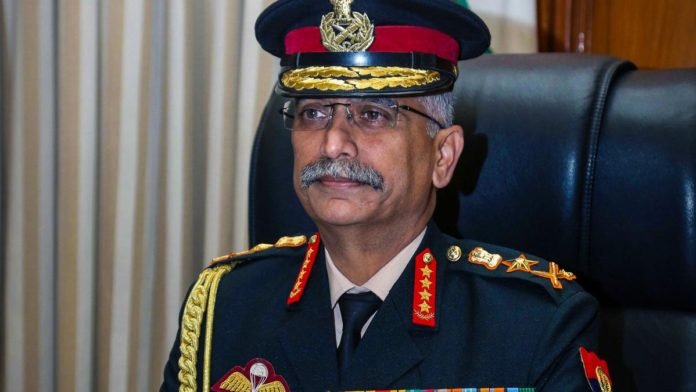 Indian Army Chief General MM Naravane has been appointed as the Chairman of the Chiefs of Staff Committee (COSC) that comprises the three service Chiefs. General Naravane assumed the charge as the COSC Chairman amid speculation that he would be made the new CDS of India.

The post of COSC Chairman, comprising the Heads of the three services (Army, Navy, and Air Force) fell vacant after the untimely demise of CDS General Bipin Rawat in a helicopter crash on December 8.

Gen Naravane has been given the charge as the chairman of the committee as he is the senior-most among the three service chiefs, the people cited above said.

Before the creation of the post of the Chief of Defence Staff (CDS), the senior-most among the three service chiefs used to be the chairman of the Chiefs of Staff Committee.

The Chiefs of Staff Committee (COSC) met on Tuesday and condoled the death of Gen Rawat, his wife Madhulika, and 11 armed forces personnel.

Group Captain Varun Singh, the lone survivor of the crash, succumbed to injuries on Wednesday at a military hospital in Bengaluru.

The Army said they discussed issues of bilateral defence cooperation.