Every Minute Is Precious For Safe Evacuation: Rahul Gandhi 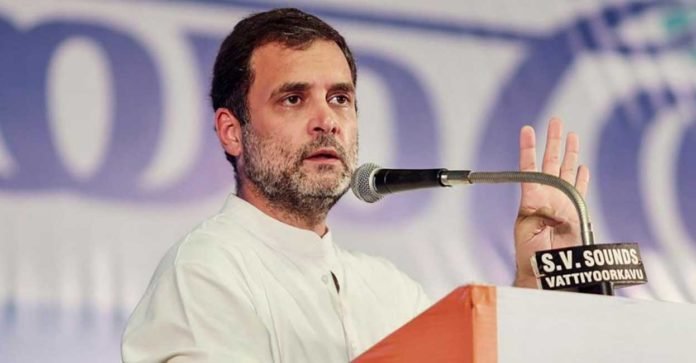 Congress leader Rahul Gandhi on Tuesday condoled the death of an Indian student in shelling in Ukraine’s Kharkiv and called upon the Union government to draw up a strategy for the safe evacuation of all stranded Indians.

The Ministry of External Affairs (MEA) confirmed the death in a tweet on Tuesday and said it was in touch with the family of the student.

“Received the tragic news of Indian student Naveen losing his life in Ukraine. My heartfelt condolences to his family and friends.

“I reiterate, GOI (Government of India) needs a strategic plan for safe evacuation. Every minute is precious,” Rahul Gandhi wrote on Twitter.

The Congress party expressed condolences to Gyanagoudar’s family and friends. It also urged the government to expedite the evacuation of Indians stranded in war-torn Ukraine.

“We are deeply saddened by the tragic news of the demise of an Indian student in Ukraine. Our heartfelt condolences to his family and friends. We once again urge GoI (Government of India) to ensure the speedy and safe evacuation of our people,” it stated in a tweet.

Congress general secretary Priyanka Gandhi Vadra too condoled the death of the student and asked the government to bring back the Indians stranded in Ukraine as soon as possible.

“The news of the death of Indian student Naveen trapped in Ukraine is very sad. My deepest condolences to their families. May God give them courage in this time of sorrow. I request the government to make every effort to bring back all our students as soon as possible,” she tweeted.

Expressing sadness over the death, Congress chief spokesperson Randeep Surjewala alleged the BJP government at the Centre “has no evacuation plan” and that it has “abandoned” the youth.

“Our deepest condolences to the family of the student from Karnataka who has died. This is the tragedy where the BJP Government has no evacuation plan.

“The Modi Government has abandoned our young, Prahlad Joshi decries and insults our students in Ukraine. Only photo-op, no action,” he said.

He attacked Prime Minister Narendra Modi for campaigning in Uttar Pradesh assembly polls and asked whose responsibility is it to bring all Indians stuck in Ukraine back safely.

“Modi Ji, What would you say to the family in Karnataka which lost their child due to the lack of sensitivity of your government?

“In the midst of Ukraine-Russia war, the lives of around 20,000 Indians are in danger every moment and you are engaged in this (electioneering)? Whose responsibility is it to bring thousands of children back safely,” Surjewala posed.

The MEA said the foreign secretary is calling in ambassadors of Russia and Ukraine to reiterate its demand for “urgent safe passage” to Indian nationals who are still in Kharkiv and in other cities which have become conflict zones.

“Similar action is also being undertaken by our ambassadors in Russia and Ukraine,” it said.

The Kharkiv city is witnessing increasing fighting between the Ukrainian troops and Russian forces.