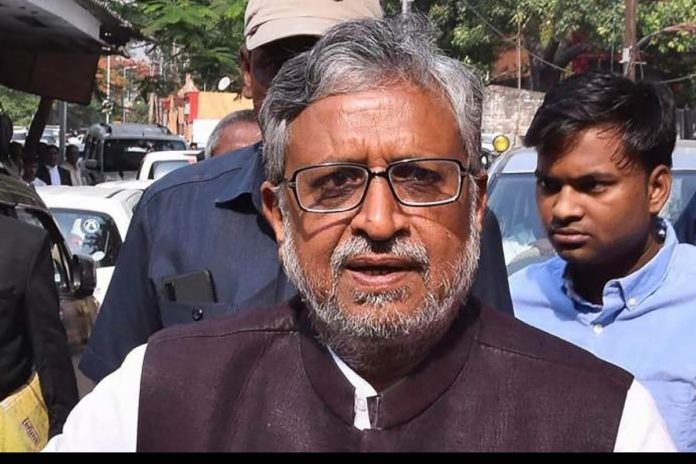 BJP MP Sushil Kumar Modi on Wednesday said in the Rajya Sabha that the criminalisation of marital rape will end the institution of marriage.

During the question hour, the BJP lawmaker also asked if the government was in favour of criminalising marital rape.

Responding to the query, the Women and Child Development Minister Smriti Irani said that this matter is sub-judice, so she cannot elaborate on the matter.

The CPI MP Binoy Viswam had asked a question about the sexual violence within marriages during the Question Hour.

Responding to the CPI Member, the Minister said that to condemn every marriage in the country as violent and every man as a rapist is not advisable. “The matter of marital rape is sub-judice. There are over 30 helplines in the country which have assisted women. Protection of women and children is a priority of the government,” Smriti Irani said. However, Viswam also clarified that he never meant every man is a rapist.

Apart from this, several other questions were also raised in the Rajya Sabha. Replying to the questions on Panchayati Raj system on the Panchayat’s inclusion in the digital campaign, the Minister of States Kapil Moreshwar Patil said that many Panchayats have been linked in the e-gram swaraj, and the ones which are not linked are in the process of being linked.

The Minister also said that remuneration to the Panchayat members is an issue of the states’ governments and they can take decisions on Panchayati Raj issues.

Responding to a question of the BJP lawmaker Rakesh Sinha, the Minister further said that various state governments send their elected Panchayat representatives to those Panchayats which are working better.

During the Zero Hour, the Rajya Sabha Members raised the issues of Foreign Contribution Regulation Act (FCRA)A and appointment in the Railway.

Raising the issue of non-renewal of FCRA license of Tirumala Tirupati Devasthanam, the V. Vijaisai Reddy Member of YSR Congress Party said that the Devasthanam needs the foreign funds.

Raising the recent issue of Railway recruitment, the NCP Member Fauzia Khan said that this has exposed the unemployment and failure of the education system.

BJP MP Sushil Kumar Modi said there should be one exam for Group D and there is no need for two examinations. AAP MP Sanjay Singh said that the students should not be treated as enemies and they were beaten up in Prayagraj and Patna and over a thousand FIR have been registered against these students.

Earlier, when the House assembled at 10 a.m., the Chairman Venkaiah Naidu read the obituary message and said that the Indian government has announced humanitarian aid to Tonga after it was hit by Tsunami.

Naidu began the session with obituary references to Archbishop Desmond Tutu and David Sassoli, former President of the European Parliament, who passed away recently.